The F1 team - run by Just Racing Services Ltd - entered administration in early January, with doors closed at the end of the month after a deal to sell the team could not be reached.

Even with that loss of prize money, administrator FRP Advisory said "discussions with an investor continued daily", and that interest from approximately 50 parties encouraged the payment of £600,000 on January wages in attempt to buy time to find a solution.

However, it says in official papers that level of interest also proved a hindrance.

"The net funding requirement for the team for the 2017 season was £43m (which excludes any income which could be achieved from driver income and sponsorship)," it said.

"Interested parties were advised of this requirement. [We] have had discussions with approximately 50 interested parties but none were able to provide sufficient comfort that they had the cash resources to enable the company to return to solvency.

"The request to interested parties was to demonstrate the immediate availability of £5m with a supporting business plan to show how the 2017 year would be funded.

"Dealing with interested parties has been time consuming due to the nature of the sport and those people involved in it.

"A number of parties occupied significant administrator time but were unable to demonstrate that they have access to the cash resources to take the team forward.

"Despite every opportunity afforded to interested parties, none could provide a credible solution to the insolvency of the company."

FRP's payment of January wages was done to maintain the possibility of saving the team and developing its 2017 car as much as possible, while a contingency plan "for a compliant modified 2016 car" was also hatched. 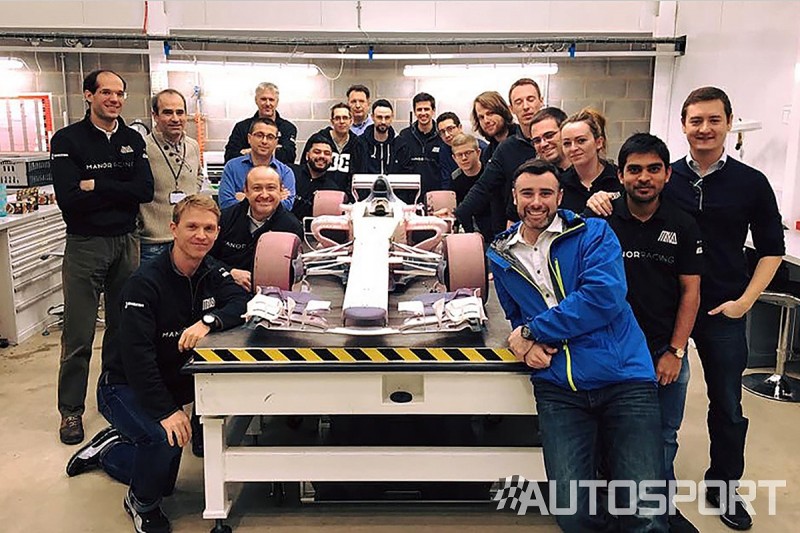 With no investor found and no budget for the February wages, 150 employees were made redundant on January 31, with a skeleton staff kept on to help with the administration process and to maintain the "slim possibility" that an investor could still be found.

Manor Grand Prix Racing Ltd, which held the team's F1 entry and contracts with principal suppliers such as Mercedes and Williams, is not in administration, but it has formally withdrawn Manor's 2017 entry.

FRP says it is "currently investigating whether the racing car chassis are owned by MGPR or the company" and "whether an intra-company recharge should be applied between MGPR and JRS.

"This could result in an increase in unsecured creditors by £34m."

The amount currently listed as owing to creditors is £10m, of which nearly £7m is owed to Just Racing Ltd

The remaining £3m is due to third party creditors, including many small suppliers who were hit badly by the previous failures of Marussia and Caterham.

Mercedes-Benz Grand Prix Ltd is named as a secured creditor, owed "approximately £238,000", while the UK's HMRC tax authority is owned £340,177 among the other key amounts.