Manor and Haas at odds over Haryanto/Grosjean pit collision

The two cars were released from their adjoining garages almost simultaneously early in the session with Haryanto stuttering slightly as he pulled away before making contact with Grosjean.

The stewards investigated the incident and deemed Haryanto to be at fault, handing him a three-place grid penalty and two penalty points.

"The driver of car #88 left the team garage and did not pay attention to the approaching car which was in the fast lane," said the stewards in a statement.

Steiner said: "I wasn't pleased with that.

"It was a mistake that shouldn't happen and obviously the FIA gave them penalties.

"We should be above this. We didn't do anything wrong.

"We try to keep our nose clean and then somebody else drives into us. It's not very clever."

But Ryan said Grosjean was not completely blameless and added that Haas was a bit slow in getting out of the garage during Friday practice.

"They have applied the penalty to the letter of the law and they haven't actually taken into account what really happened," he said. "It was harsh on Rio.

"He had the opportunity to stop and he didn't.

"On Friday, the Haas cars were having trouble getting out of the garage in one swing so they were very slow.

"They were easing up to the pitwall, then being pulled back so they didn't hit their front wing on the pitwall and then eased out again.

"So it was a situation where perhaps we could have all done a bit better.

"I don't think Romain had to go quite as hard as he could.

"We could have certainly done a better job and it was one of those things which was a bit unnecessary for Rio to be penalised like he was."

Haryanto, who outqualified team-mate Pascal Wehrlein before the penalty was applied, said he had "just got to move on from it".

He added: "I had some clutch hesitation because it was the first run in the morning and obviously I didn't see Romain was coming, but I think he would have seen me there because I was just right next to him." 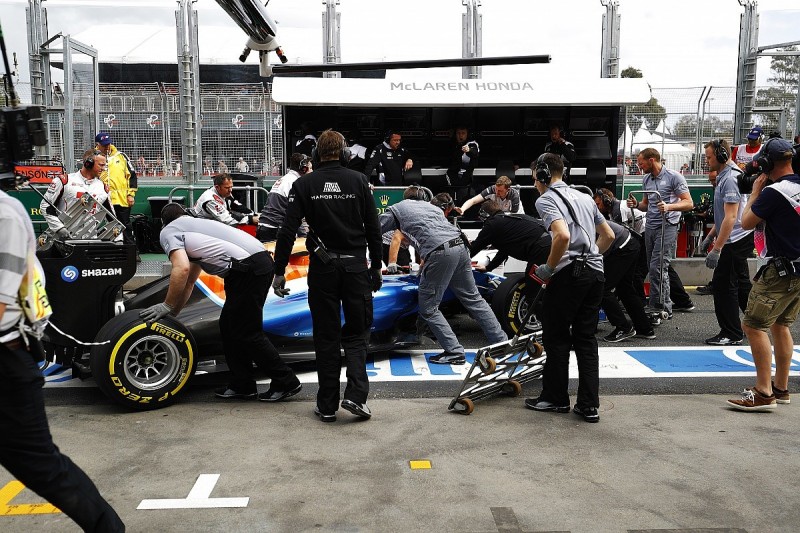 In quotes: The F1 paddock's full verdict on revamped qualifying