The 2008 Formula 1 world champion retired after two laps in Australia due to a problem that developed on one of the cylinders of his 1.6-litre turbocharged V6 power unit in the build-up to the race.

But Mercedes will use the engine in Friday practice at Sepang to verify that it has fixed the problem.

As each driver is limited to only five complete power units during the season, if Hamilton is able to continue to use the Australia engine it will significantly reduce the risk of being hit with a grid penalty later in the year.

"I'm told that we are going to start with the engine we had in the last race ready to do some laps with that," said Hamilton.

"But whether or not I will do the [full] race weekend on that engine, I don't know."

Hamilton also admitted that he expects the Malaysia to be a big test of the reliability of the 2014 engines and warned that he expects rival teams to attempt to close the gap to Mercedes at the front of the field.

"Reliability is going to be put to the real test this weekend for everyone," he said.

"Because it's so hot, the engine is going to be on the absolute limit.

"I don't really know how big the advantage is going to be and I am sure people are making improvements this weekend, so maybe it will be closer.

"I read that McLaren are planning to be half a second quicker than they were, so everyone is pushing. 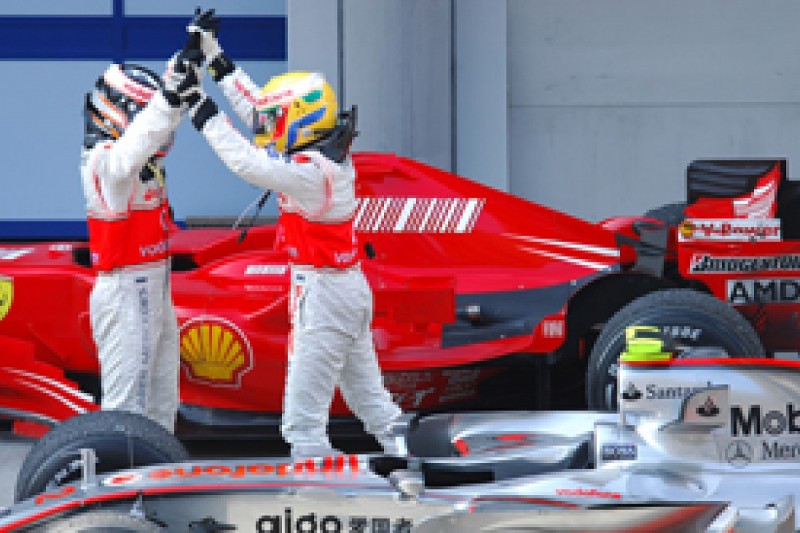 "But I feel confident in what the team has done up to now, over these past two weeks, what we learned in the last race and what we plan to do moving forwards."

Hamilton has yet to win the Malaysian GP, with his best finish in seven attempts second on his first appearance at Sepang in 2007 (pictured), but believes this year offers his best chance of winning.

"I've had some good results here, but obviously I've not won," said Hamilton.

"The challenge every time I come is to win, but this is perhaps the year that I have the best car to do it so I'm hoping that we have a chance to capitalise on that."