Sauber needed to be "honest" with itself and accepts its Formula 1 shortcomings were more about aerodynamic deficiency than its year-old Ferrari engines, says team principal Frederic Vasseur

Sauber needed to be "honest" with itself and accepts its Formula 1 shortcomings were more about aerodynamic deficiency than its year-old Ferrari engines, says team principal Frederic Vasseur.

Last year Sauber finished last in the constructors' championship with five points, having spent most of the season at the back.

It was using 2016-specification Ferrari engines, but Vasseur - who took over the team boss role in the summer - says that should not be used as an excuse for underperformance.

"We have to honest with ourselves," he told Autosport. "The biggest issue wasn't the engine.

"The engine was 2016, but the handicap was only a couple of tenths.

"If you compare with the other teams, the biggest issue was on the chassis side, and we have to be focused on this and push like hell on the aero."

Sauber has increased its Ferrari links for 2018 and will now run with Ferrari's sister brand Alfa Romeo as its title sponsor and Ferrari protege Charles Leclerc in a race seat, as well as getting latest-specification engines.

"At least you will remove the engine from being a preoccupation," Vasseur added.

Marcus Ericsson, who stays on at Sauber for a fourth season in 2018, argued that the engine was a genuine handicap in '17.

But he added that Sauber's progress after the summer break, when it began to close back in on the midfield having been temporarily cut adrift at the rear, showed its development capability. 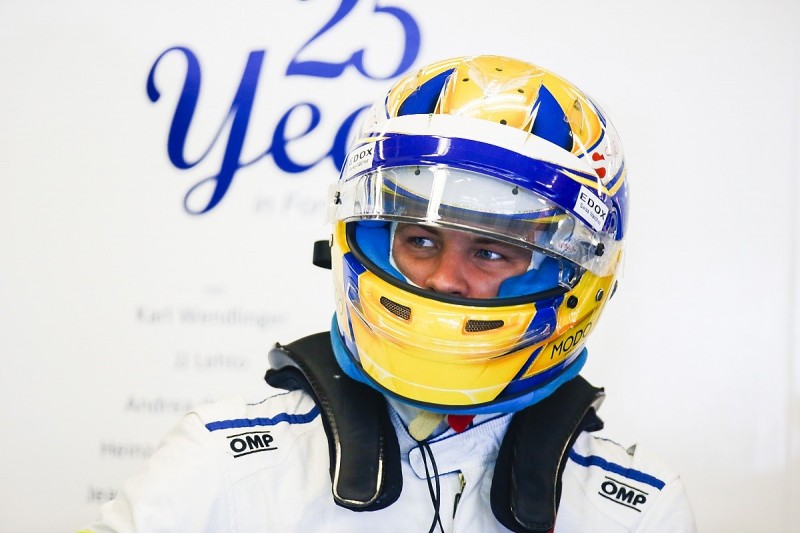 "Straight away when I heard the news that Sauber was going to use the old power unit you knew it was not going to be good," said Ericsson.

"Everyone could see what happened with Toro Rosso [using old Ferrari engines in 2016] so there was no surprise there.

"You have to still try to look at it in a positive way, and say that we'll focus more on the chassis side, and we did, but it was going to be a big handicap.

"But with that in mind, I'm quite impressed with the team and the factory and the way we were able to keep pushing and keep development.

"After the summer break, it really looked like a disaster - we were so far off the next cars, we were over a second off per lap.

"It was looking really, really bad and it would have been easy for the team then to give up completely and think about next year [2018].

"But they still kept pushing and in the factory they kept developing and bringing new stuff to the track and actually the last three or four weekends we were in the mix again and still outqualifying people and outracing people fair and square.

"That's a big thing and it shows that this team has a lot of quality both at the track and in the factory."