The FIA's switch to use two Formula 1 race directors for 2022 has made it 'more difficult to really understand what the rules are', according to Haas driver Kevin Magnussen.

As part of the response to the controversial Abu Dhabi title decider last season, the FIA appointed Niels Wittich and Eduardo Freitas to replace Michael Masi as race director.

Ex-DTM race director Wittich took charge for the start of the year in Bahrain before the World Endurance Championship's Freitas came in for the Spanish and Monaco Grands Prix.

Wittich has hit the spotlight for Baku after outlining changes to the pitlane entry and exit rules, which now allow drivers to touch the painted white lines so long as a full wheel does not cross over.

This follows the failed protest by Ferrari against chief rival Red Bull in Monaco, after both Max Verstappen and Sergio Perez were reckoned to have kissed the lines exiting the pits.

This comes amid complaints of inconsistency from the governing body, as it has attempted to impose more of a hard-line stance in its efforts to repair its perception after Abu Dhabi.

This has notably led to a clampdown on drivers wearing jewellery in the car, however exemptions have been granted.

When Magnussen was asked on Thursday in Azerbaijan if he noticed a difference between the rulings of the two FIA race directors, he said: "I think there's been a difference."

That, the Dane reckoned, made it more difficult to fully follow the regulations.

He continued: "Maybe it's become slightly more difficult at the moment to really understand what the rules are. [They have] just got to try harder to understand it and speak to the guys.

"I think it's been more consistent [in the past] than it is right now. It'd be nice if their stance or the way they interpret the rules would be totally consistent. 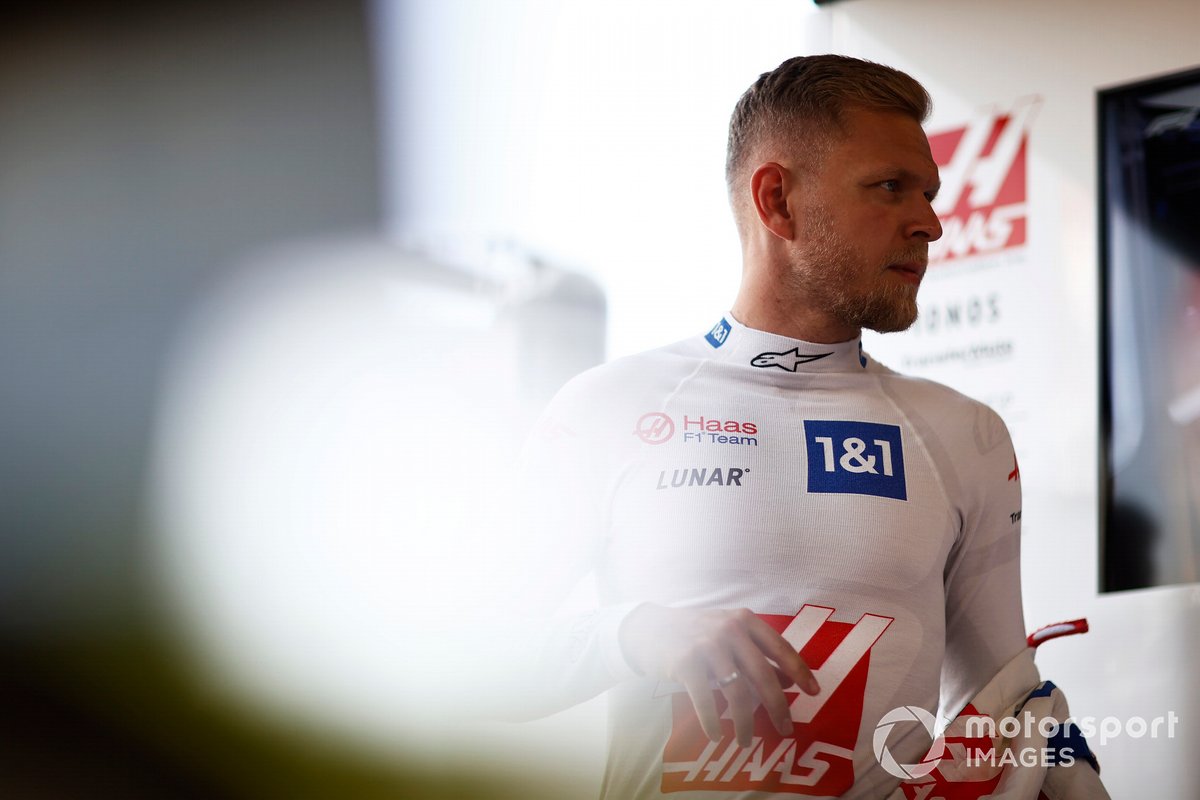 "Then as a driver, it would be easier to understand. But this is what we have. There are reasons for the new people coming in and the shift in the FIA.

"I don't worry too much about it. This is what we have. It's like worrying about the weather. I can't change it. I just try to deal with it."

"For me, I'll just stick to what the regulation [says] or just the safest as much as possible, to not get in any trouble."