Magnussen left F1 at the end of 2020 after not being retained by Haas, and the Dane moved into sportscar racing, only to make a shock return to grand prix racing with Haas for this year after Nikita Mazepin’s contract was terminated - following Russia’s invasion of Ukraine and the end of its sponsorship deal with Uralkali.

Magnussen made an ideal start to his comeback season by registering a fifth-place finish at the opener in Bahrain, and has led Haas’s efforts so far this year.

“I would still have to pinch myself,” Magnussen told Autosport in an interview ahead of the summer break.

“It's such a big thing to get to be a Formula 1 driver. That's one of the things I really started realising last year when I wasn't in it.

“When you see from the outside…you realise how many people watch it and how many people talk about it during the race weekends at home. So I started to really appreciate that and it kind of hit me, how big it is.

“Then to come back into it, I appreciate it much more being at every race. I pay attention to how many spectators there are and how big it is.”

Though the going has been much tougher since then, with an eighth place in Austria his next-best showing, Magnussen said he felt vindicated in his decision to take up Haas F1 chief Gunther Steiner on his offer to return to the team. 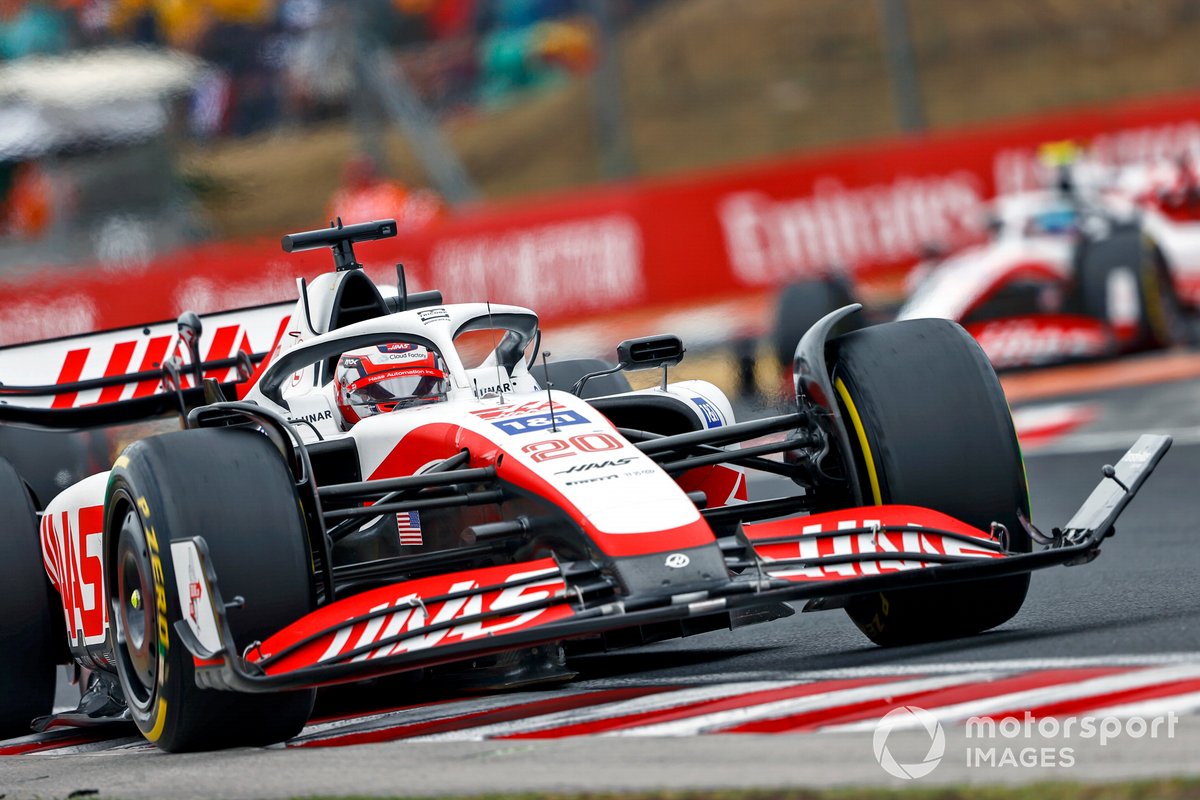 The all-new regulations for 2022, which promised a shake-up amongst the teams, played a role in Magnussen’s decision.

“I think that if there hadn't been that whole thing about the new regs and if Haas had been where they were last year, and the rules would have continued like this for another five years, I would have probably hesitated,” Magnussen said.

“But I really saw it as an opportunity. There were no guarantees, Gunther didn't promise anything. But he explained what they've done and how they spent their focus in the last couple of years.

“When I was here even in 2020, it was already clear that that would be the plan. So I was excited about that and I thought, yeah, this could be good.”

To accept his Haas seat, Magnussen had to cancel his sportscar contracts with Peugeot, Cadillac and Chip Ganassi Racing - and, in all likelihood, the opportunity to keep competing at the sharp end on a regular basis.

The chances of picking up the F1 victory that has eluded him since his debut with McLaren in 2014 remain slim with Haas, but Magnussen said he has no regrets.

“I've said many times, actually, last year was kind of one of the best years of my life,” Magnussen said.

“I was excited to get back to fighting for pole position and race wins every weekend. But there's only one Formula 1. Nothing else is like Formula 1.”