Kevin Magnussen was “not even close” to thinking of scoring his maiden Formula 1 pole position ahead of qualifying in Brazil before his shock result for Haas.

Magnussen will start Saturday’s sprint race at Interlagos from pole position after topping Q3 on Friday evening, getting in a lap early in the session before a red flag caused by George Russell’s off and rain meant no other driver could improve.

Magnussen took pole by two-tenths of a second ahead of world champion Max Verstappen, marking the Dane’s maiden F1 pole, as well as the first for Haas since the team joined the grid in 2016.

It also marks a dramatic turnaround in Magnussen’s fortunes through 2022, having started the year without an F1 seat before being drafted in by Haas on the eve of the new season to replace Nikita Mazepin.

“I don’t know what to say,” said Magnussen in parc ferme.

“The team put me out on track on exactly the right moment. We were first out in the pit lane, did a pretty decent lap, and we’re on pole. It’s incredible.

“Thank you to Gene Haas and Gunther [Steiner] and the whole team for this opportunity. I got back this year after a year out, and it’s just been an amazing journey. Thank you.”

Asked if he’d ever expected such a result when waking up this morning, Magnussen replied: “Not even close. It’s incredible. Thank you.” 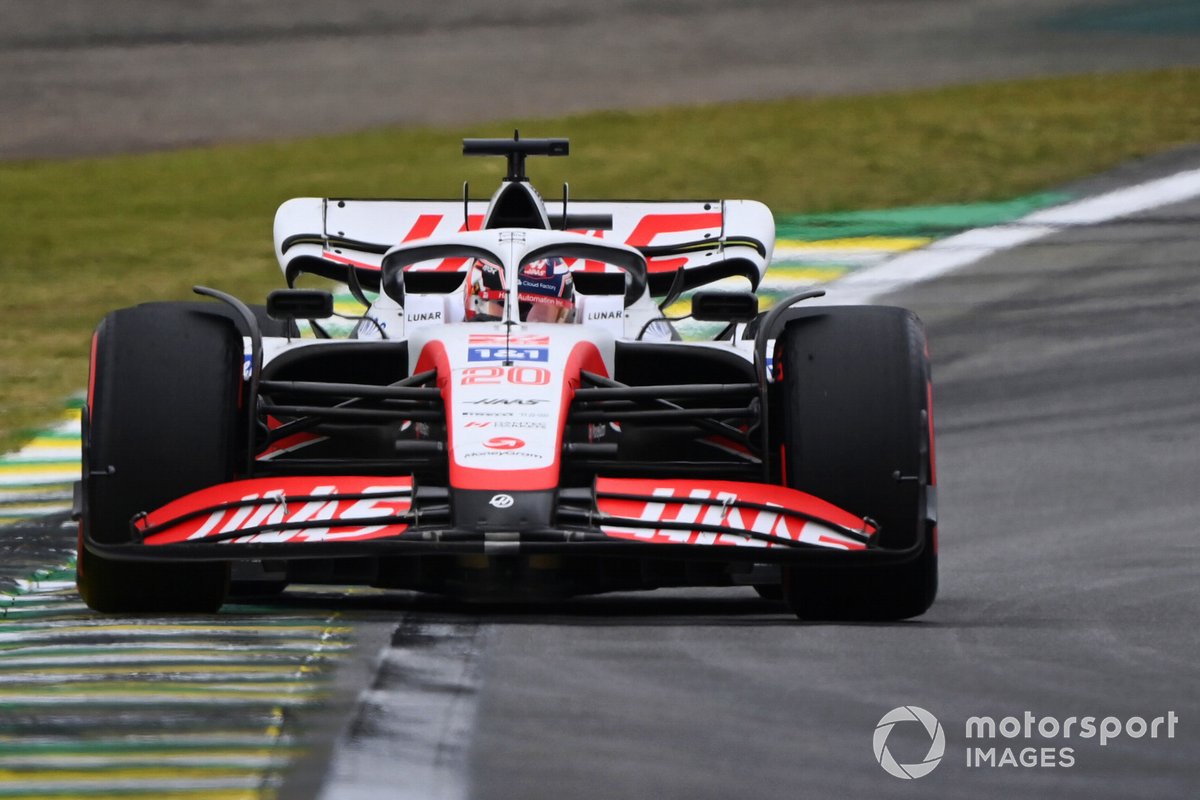 Magnussen was heard in the radio expressing his disbelief on his in-lap when told that he was in first place, saying: “I’ve never, ever felt like this in my life.”

He warned the team not to celebrate yet, knowing the session would restart, but as the clock ticked down and the rain grew heavier, the result began to sink in for Magnussen and the Haas team in the garage.

Magnussen will lead the field away for the 24-lap sprint race on Saturday, which will offer eight points for the winner and set the grid for the grand prix on Sunday.

Magnussen said he would go for “maximum attack” in the sprint, adding: “Let’s go for something funny.”