Kevin Magussen says he will have no problem teaming up with Nico Hulkenberg at the Haas Formula 1 team next year.

Haas is currently weighing up its driver options for the second seat in 2023, with it believed to be a straight call between retaining Mick Schumacher or going for the more experienced Hulkenberg.

The choice of Hulkenberg is intriguing because he and Magnussen, who is under contract for 2023, have had their moments of controversy in the past.

Most famously, back at the 2017 Hungarian Grand Prix, Magnussen told Hulkenberg to ‘suck my balls’ after they came to verbal blows following a late-race battle for a points-scoring position.

But with Magnussen and Hulkenberg having long moved on from that moment, there is unlikely to be any lingering tensions.

And Magnussen himself is clear that having someone alongside him with Hulkenberg's level of experience would be a positive thing.

“I think I've said many times now, that I don't have a problem with Nico at all,” said the Dane.

“But I don't have an opinion on whether or not he should be in the second car.

“Mick is doing a good job at the moment. He had some issues in the beginning of the year and a few crashes but he is certainly faster now.” 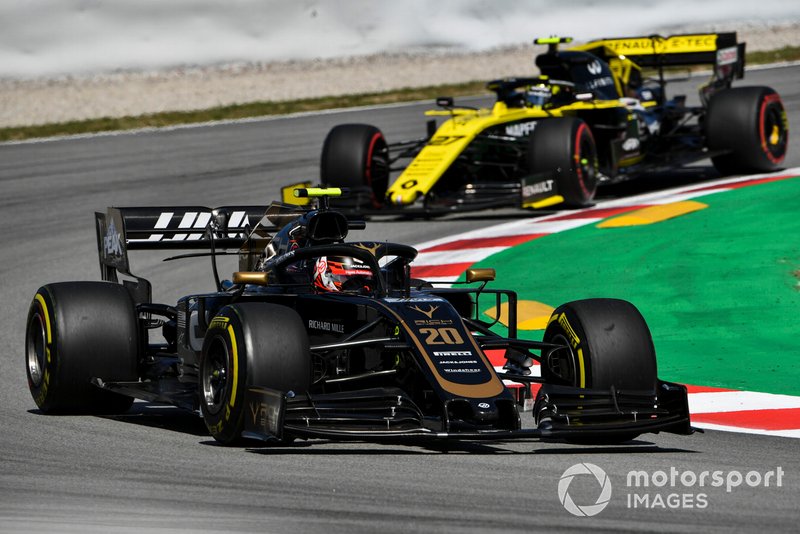 Hulkenberg has most recently been an F1 supersub, and was last called up by Aston Martin to fill in for the unwell Sebastian Vettel at this year's Bahrain and Saudi Arabian Grands Prix.

Speculation about him moving to Haas ramped up earlier this week when it emerged that Aston had signed Formula E champion Stoffel Vandoorne as a reserve for 2023.

Speaking to Servus TV over the Mexican GP weekend, Hulkenberg said he was upbeat about the progress of talks with Haas even if nothing was finalised.

“There are still talks going on. I'm relatively optimistic, but we'll have to be a little patient there."

Schumacher is aware that time is running out for him to impress his Haas bosses enough to convince them to keep him for 2023.

But he says it is pointless getting distracted by things that he cannot control, so his sole focus is on delivering crucial points.

“I'm here to do my job, and I'm here to do it well,” he said in Mexico. “So that's what my main focus is on and that's everything that I'm in control of.