Magnussen evaluated the latest updates in the second practice session but was 1.291s slower than team-mate Romain Grosjean, who has reverted to the VF19's original specification as raced in Australia - a move prompted by new parts generally delivering below expectation this year and leading to a decline in performance.

During FP1 Magnussen ran a specification introduced at the Spanish Grand Prix in May, and was 13th in FP1 at Hockenheim, 0.685s behind Grosjean in eighth.

In the second session Grosjean was sixth while Magnussen was 18th, 1.291s adrift of his team-mate and quicker only than the two struggling Williams drivers.

Crucially, his fastest lap of 1m15.470s was only three tenths better than his FP1 benchmark while Grosjean found almost a second.

"It didn't really feel too much different to the Barcelona upgrade initially," said Magnussen.

"It looked like a very big gap today and it's not what you want to see when you're bringing new upgrades. You want to make progress.

"Initially it didn't seem like it has done that and it was the same with the upgrade for Barcelona.

"But we have to pursue knowledge and try to understand why these upgrades that were meant to be better, weren't." 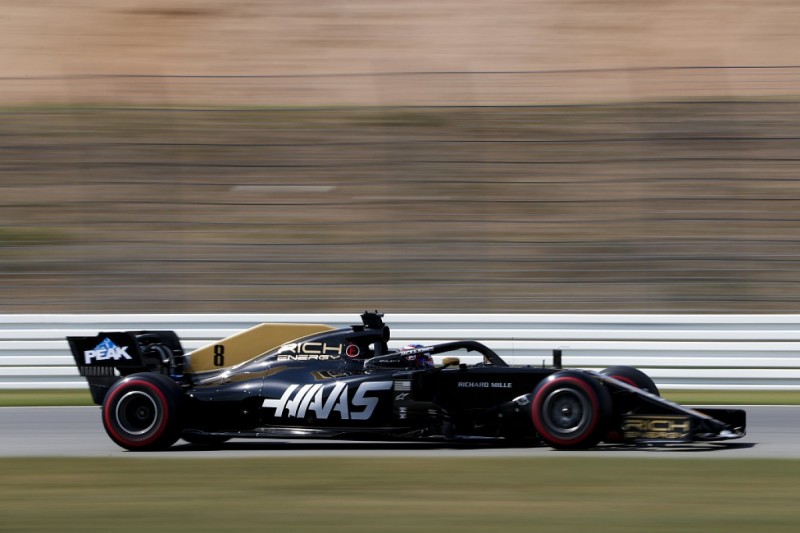 The team now faces a race against time to identify the reasons for the updates not working. This time of year is traditionally the crossover point as teams begin to direct resources away from in-season development and towards new designs for the following season.

"Sometimes only drastic decisions work, in my opinion," said Steiner.

"At some stage, if you continue to discuss, back and forward the same thing over and over again, that means you don't know what you're doing. So you need to prove it.

"It's drastic, and it's very unusual [reverting a car to its original specification], but sometimes you have to look outside of the box to know what to do to get an understanding.

"Our aim is now to just understand what we have to do the second half of the season, nothing else. That is our task here and in Hungary."

Haas do not have the components on site in Hockenheim to revert both cars to Australia spec but it could be an option for Hungary.

"I can't go back to race-one spec even though I'd love to," said Magnussen.

"It's also important to learn about these new upgrades - we need to bring upgrades in the season that are better.

"If the difference is as big as it was today, we've got to look at maybe just going back to race one with both cars, make the best of this season, try to get as many points as we can with that car."