Liberty Media should not listen to self-serving Formula 1 drivers and instead trust its own research on how to improve the quality of racing, says Haas driver Kevin Magnussen

The Dane insisted he and his fellow F1 racers had no vested interest in making grand prix events more entertaining, and instead advocate for changes that are personally advantageous when giving their input to Liberty.

"Liberty should just do their own research and not listen to the drivers because the drivers will just say what's in their best interests," said Magnussen.

"All the drivers, their feedback will be in their own best interests. None of us drivers care about making the show better, we want the best for ourselves."

Magnussen's comments were prompted by the Dane's dissatisfaction at F1 extending one of the DRS zones in Bahrain in a bid to aid on-track action.

Overtaking was particularly scarce in the 2018 season opener in Australia, with Max Verstappen - who spent much of the race stuck behind slower cars, including Magnussen - saying the event was "completely worthless" as a spectacle.

This was despite F1 adding a third DRS zone to the Melbourne circuit, a move that has now been followed by a change in Bahrain, where the DRS activation point on the main straight has been brought forward by 100m. 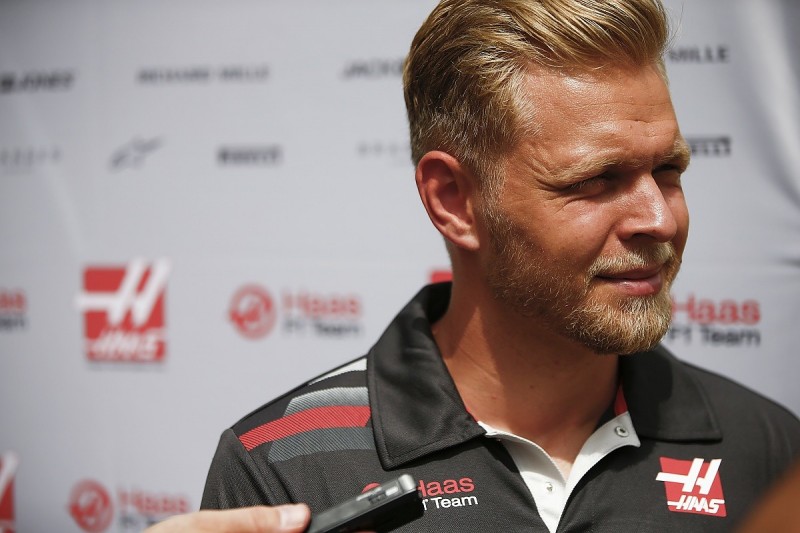 Magnussen is worried that the change could make overtaking too easy, and believes it to be the result of a "typical" F1 overreaction.

"I think it was pretty good before extending the DRS," he said.

"You know, I think a typical thing that everyone tends to do, [is to] overreact when you have one bad race - make a big change.

"And then you go too much the other way and the race becomes boring because it's just everyone easily passing.

"I think it might be too much. Because DRS, if you have too much DRS, it's just a drive-by.

"You don't get racing, you just get overtakes like swapping of positions. Which isn't necessarily what everyone wants to see."

Force India's Esteban Ocon offered a more positive view on the DRS change, as he believes it would have no more of an effect than a similar tweak made ahead of the 2017 Spanish Grand Prix.

"It's not a massive change - we had that in Barcelona last year.

"It didn't change massively but it's always good to have a bit more."