Lotus: Pastor Maldonado has to earn his Formula 1 drive on merit

Venezuela's state-owned oil and gas company has backed Maldonado throughout his career, following the 30-year-old from Williams to Lotus after he left the former team at the end of 2013.

Maldonado has since scored just two points - from a ninth-placed finish in last season's United States Grand Prix - from 23 races to date with Lotus.

Despite that lack of results, Maldonado's position in the team is regarded by many as untouchable given the estimated $27million PDVSA provides in sponsorship to Lotus.

CEO Matthew Carter insists that is far from the case, despite AUTOSPORT revealing this week the team's forthcoming accounts show its deficit had been slashed from £64million in 2013 to just under £6million in '14.

"PDVSA are probably one of the biggest sponsors within F1," said Carter told AUTOSPORT.

"They are a good sponsor, and while our latest figures stack up, they stack up contingent on PDVSA being involved within the team.

"At the moment they are part and parcel of what makes up our budget, so we're not looking to change.

"But then no driver is in a position where they cannot be dropped.

"They're only as good as their previous performances, and ultimately Pastor proves himself on the track."

Carter maintains the team has every confidence in Maldonado, believing him to be unlucky this year and affected by Lotus's generally wretched poor in 2014.

Ahead of this weekend's Spanish Grand Prix, the scene of Maldonado's only triumph in 2012, Carter added: "He gets a lot of bad press, but he is a good driver. 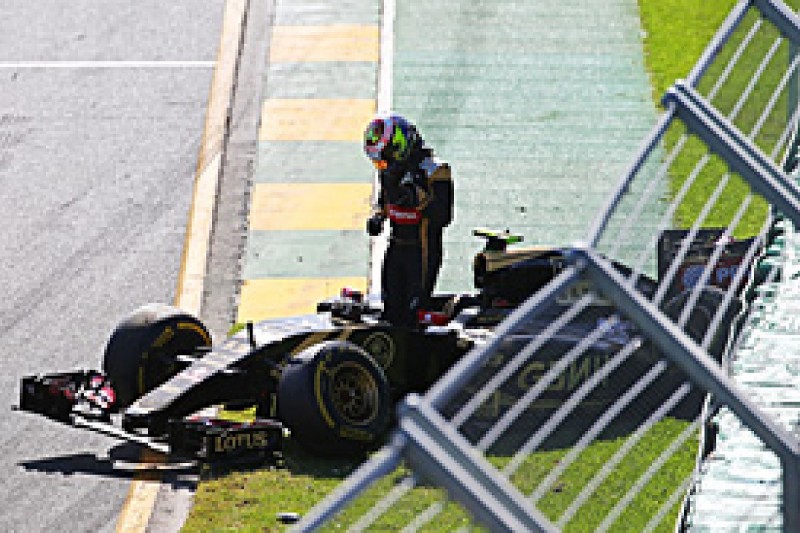 "He didn't have a good car last year - neither him nor Romain [Grosjean] had a good car - and both of them were probably guilty of trying to overdrive it because of the problems they had with it.

"This year they do have a good car. With Pastor, his qualifying hasn't been great and he would be the first to admit to that.

"In the first race [in Australia] he had a fantastic start, but was shunted off the track, similarly in the second [in Malaysia].

"In China, in the first half of the race he drove really well, but had a slight issue with his brakes coming into the pit, and then it was playing catch up from there on.

"Overall we believe we've given him the right tools this year to prove himself, and he's the rest of the season to do that."