While the rest of the grid had already unpacked and were well underway setting up their garages and preparing the cars for this weekend's action at Suzuka, Lotus team members were left waiting until Thursday afternoon for equipment, including engines, to arrive in Japan.

AUTOSPORT understands there was a delay in getting the shipping contract signed off that meant the freight left later than usual.

Meanwhile, Lotus staff were forced to rely on the good nature of rival teams to source lunch as the team's hospitality unit was locked all day with its contents stacked up outside in the rain. 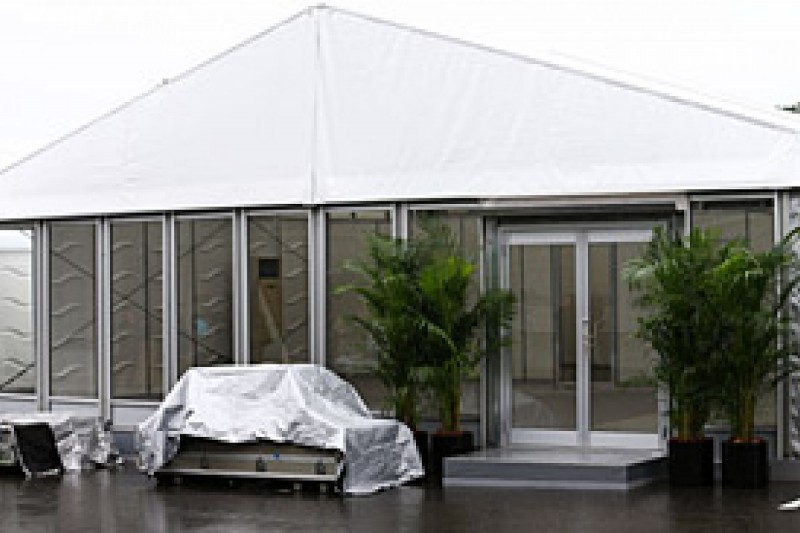 It is believed the time difference with Europe and an issue with cash-flow, something that has impacted the team already this season, were the reasons for the contract problems with regards the unit.

Romain Grosjean, along with team-mate Pastor Maldonado, had to hold his media briefing under an umbrella in the paddock sheltering from the rain after having lunch with people from Renault.

"It's good to see the hospitality you get when you're running out of food and the other teams open the door," said Grosjean.

"Hopefully it should be sorted. The most important thing is we have what we need to race.

"The guys are going to do their best as always."