Both teams' places were described as "subject to confirmation" when the FIA released its official entry list last earlier this month.

The FIA has confirmed to AUTOSPORT that both teams' places are now firmed-up, while Marussia team principal John Booth underlined that this is the case for his squad.

Booth blamed the delay on the team managing its cashflow to prioritise the build of its 2014 car, which ran for the first time at Jerez yesterday.

"Yes, it is confirmed," said Booth when asked by AUTOSPORT about his squad's entry.

"We're a small team and we have to manage our cashflow, that's the best way of putting it.

"Sometimes you have to prioritise but we knew it had to be paid and it was paid when we needed it to be."

After Marussia missed the first two days of the Jerez test, Booth was delighted with the early performance of the car following its debut on Thursday.

Max Chilton took the MR03 on track for the first time on Thursday afternoon and Marussia was able to complete four installation laps. 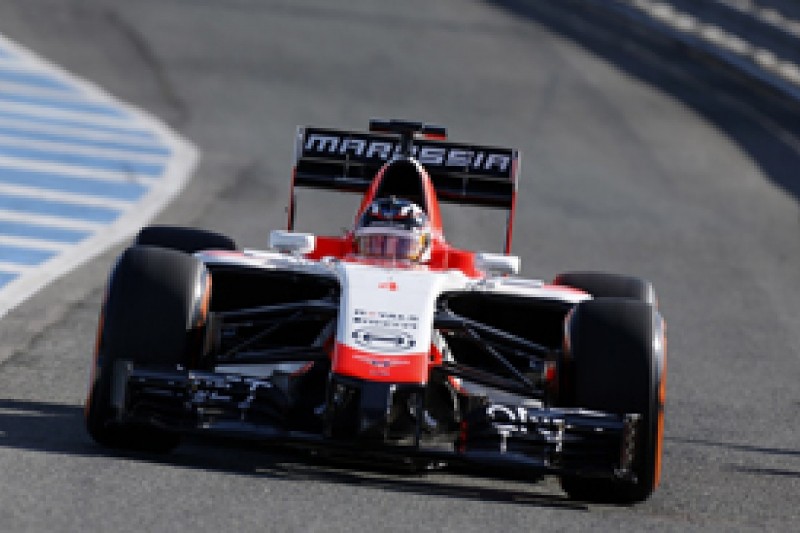 "Having heard some of the cars spluttering around in the morning I was a bit worried about the first installation lap, but it couldn't have gone any smoother," said Booth.

"There are a lot of systems for us to learn, lots of things that are new to us, so we are taking our time and trying to get it right first time if we can."

Booth added that there was the risk that Marussia might have had to skip Jerez entirely, but that it was important to get some running in prior to the Bahrain test, which starts on February 19.

"I suppose there was a threat but we were determined to make it," he said of the possibility of not running at Jerez.

"It's so important to get some laps in this week, so whatever it took to get here, we were prepared to do."