All 10 F1 teams will continue to race with their 2020 cars next year as part of the agreements to protect the sport and cut costs in the wake of the COVID-19 pandemic.

Teams are permitted to spend two development tokens for updates on their car between seasons, and were required to inform the FIA of where they would be used last Wednesday.

But it emerged over the Hungarian Grand Prix weekend that the wording of the regulations means customer teams that receive year-old parts from a larger outfit can take some updates for free.

The rule applies closest to Racing Point and AlphaTauri, who received listed parts from Mercedes and Red Bull respectively.

In the case of Racing Point, the team will be able to upgrade its current 2019-spec Mercedes gearbox to the 2020-spec for next season without spending any of its update tokens.

Ferrari team principal Mattia Binotto and Renault executive director Marcin Budkowski both expressed their frustration over the apparent loophole, feeling all teams should be limited to only make updates via the token system.

McLaren F1 boss Seidl echoed their thoughts, having already accepted that his team will have to spend both of its tokens on accommodating the new Mercedes engine for 2021 when it switches from existing supplier Renault.

"We're also not happy with that ruling, because for us, it simply is not logical," Seidl said. 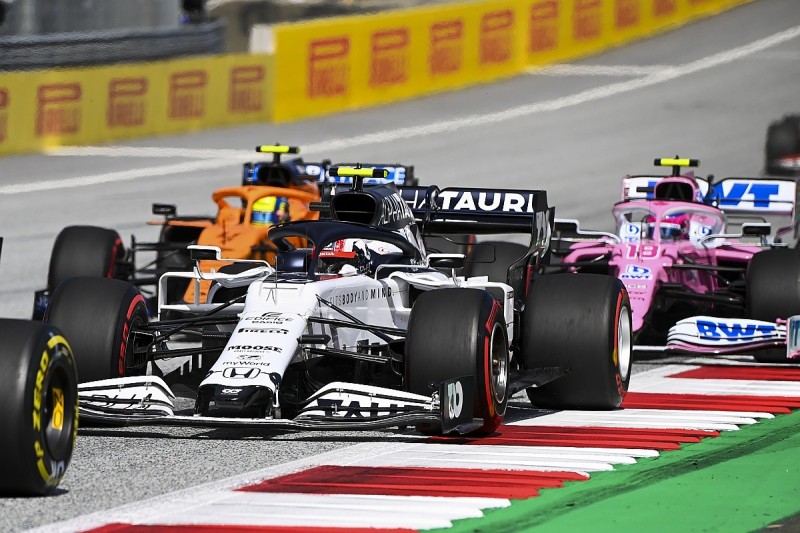 "If you compare it with our situation, we've had a contract in place since quite some time that we are doing the switch from the Renault power unit to the Mercedes power unit.

"If you compare that with another team, getting an upgrade from '19 to '20, [a] gearbox for example or suspension bits, being able to do that token-free just doesn't make sense.

"But that's something we bring up again with some other teams to the FIA. It's simply down to the FIA to comment on this."

Asked if the ruling that resulted in this loophole was challenged at the time, Seidl said that talks were still ongoing with the FIA over the decision.

"That has been and still is a permanent dialogue that we're in," Seild explained.

"Obviously there's still a lot of work ongoing together with the FIA in terms of finalising details of the regulations. That's where we are in at the moment.

"I think within these discussions, with what Mattia and Marcin said, I think it is simply important to bring this topic on the table again as well."