F1 bosses have been working on the project - entitled F1 Live London and designed to raise grand prix racing's UK profile - for months, with details of the programme shrouded in secrecy for safety and security reasons.

After several discussions with F1 owner Liberty Media, Westminster City Council and City Hall have given the green light for the event to take place.

From 5.30pm on Wednesday, two days before the British GP practice begins at Silverstone, teams and drivers will take their cars out for a spin on closed-off streets around Whitehall.

In addition, F1 says there will be "entertainment from chart-topping musical acts in the evening".

From midday, an "education and innovation showcase", aimed at attracting young people, will take place in London's iconic Trafalgar Square.

F1 personnel and representatives from motorsport engineering initiatives Formula Student and F1 in Schools will be available to pass on advice and information, as well as the Dare to be Different programme for increasing female participation in motorsport.

There will also be activities for children, including simulators, pitstop challenges, slot car races and opportunities to design their own cars.

As part of the showcase, which has proved logistically challenging for the teams as it falls between back-to-back races, there is expected to be displays from each team, including F1 cars past and present. 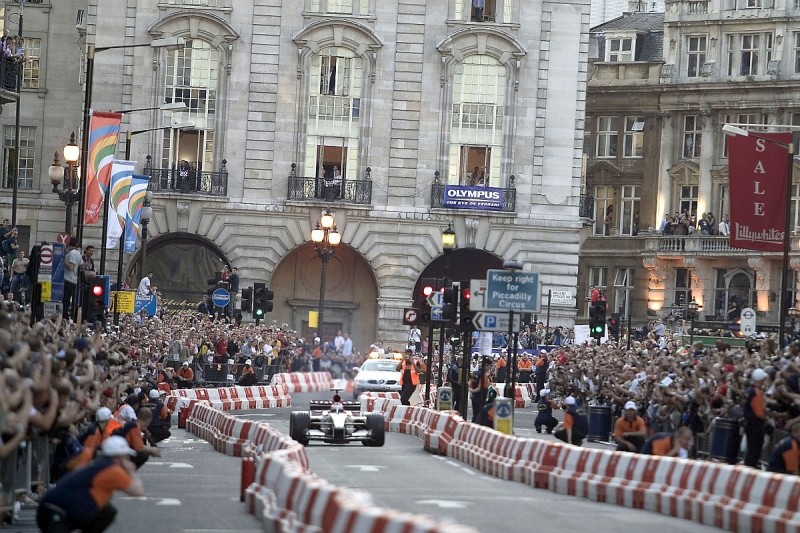 F1 boss Chase Carey has spoken about turning all grands prix into "week-long extravaganzas with entertainment and music, events that capture a whole city" and this event is the first example of that since Liberty Media took charge.

The event is the first of its kind in London since eight F1 teams completed a demonstration on a course between Regent Street and Piccadilly Circus in 2004.

There has long been talk of a potential grand prix on the British capital's streets but none of the proposals came close to fruition.

It is believed the prospect of an F1 street race in London was not part of discussions surrounding the showcase event.

Earlier this year, a amendment to the Road Traffic Act was passed in the UK parliament, simplifying the process for motorsport events in England to incorporate the use of closed roads.

A series of other obstacles would still need to be overcome to enable an F1 race to take place in an English city centre.