This year, Hamilton has won eight GPs and finished all 16 races so far in the points while title rival Sebastian Vettel crashed in Singapore and has been struck by engine problems in Malaysia and Japan.

As a result, Hamilton leads Vettel by 59 points in the drivers' championship with four races and 100 points remaining.

When asked who he tipped for the title, Button said: "You would have to say Lewis because the points gap is massive.

"I know they can turn around pretty quickly in the sport but reliability-wise they have been very strong this year.

"You would say this year that Lewis has had his fair share of luck that he didn't have last year so it is evening itself out.

"Last year was so unlucky, with reliability issues, this year it feels the other way around.

"I am not on the ground at the races, I don't know every detail, but that is the way it seems." 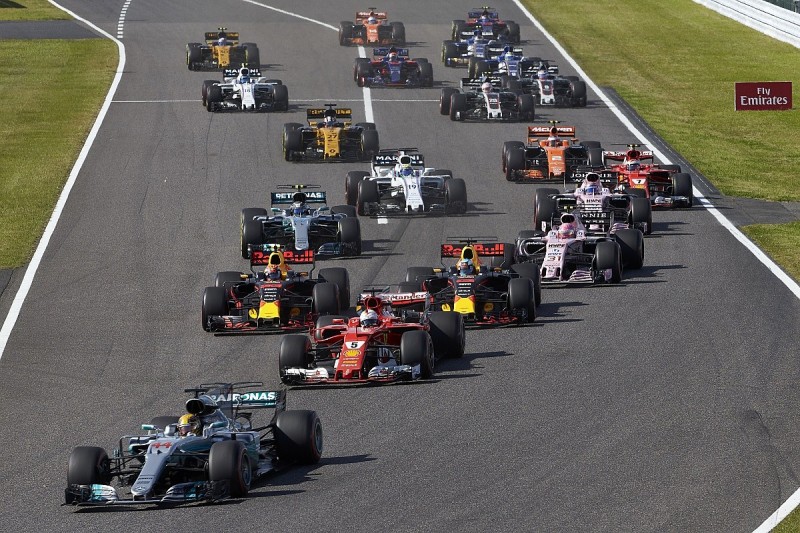 Button thinks F1 is "in a good place" right now, particularly as there is more than one team fighting for wins and the championship.

"It is so much fun to see the racing between those guys and I am really happy that it has happened," he said.

"I think a lot of people are turning on because of the fight between different manufacturers.

"You have two or three teams fighting for wins and that hasn't been the case for so long.

"So, I think having the fight with Ferrari and Mercedes is great for the sport.

"This year it has been an important year for F1. It really is. The way the cars are, I think it is a big improvement.

"The drivers get out the car and you can see that they have been working hard, they are happy, they enjoy driving these cars which helps the sport.

"F1 is in a good place. Having three teams fighting it out is what needs to continue in the future."

When Porsche was a bigger F1 flop than Honda