Bottas has joined Hamilton at the title-winning team for 2017 after the shock retirement of last year's world champion Nico Rosberg.

Hamilton and Rosberg spent four years as team-mates at Mercedes, with the last three of those spent engaged in a private duel for the world title.

The two drivers were close during their karting years and time in junior single-seaters, but a number of on-track clashes meant that relationship became more intense while at Mercedes.

Speaking to the official F1 website about his new team-mate Bottas, Hamilton said: "What I so far like about working with Valtteri is that it is all to do with the track - what we do on the circuit - and not outside.

"There are no games - there is complete transparency. I like that.

"I feel we already have a better working relationship than I ever had with any team-mate I had before.

"He wants to do the best thing that he can in his first year with the team - and with me being here for quite a while now, I want to deliver and make sure that I give as much information so that he will learn.

"And we do our talking on the track."

Ex-Williams driver Bottas has admitted changing teams has been a "bigger thing" than he initially expected.

The Finn believes he is integrating well with his new employer, a sentiment Hamilton backed up during testing last week

"His feedback seems solid and he's working great with the team," he said.

"He's gelled very easily and is doing a great job as far as I am aware." 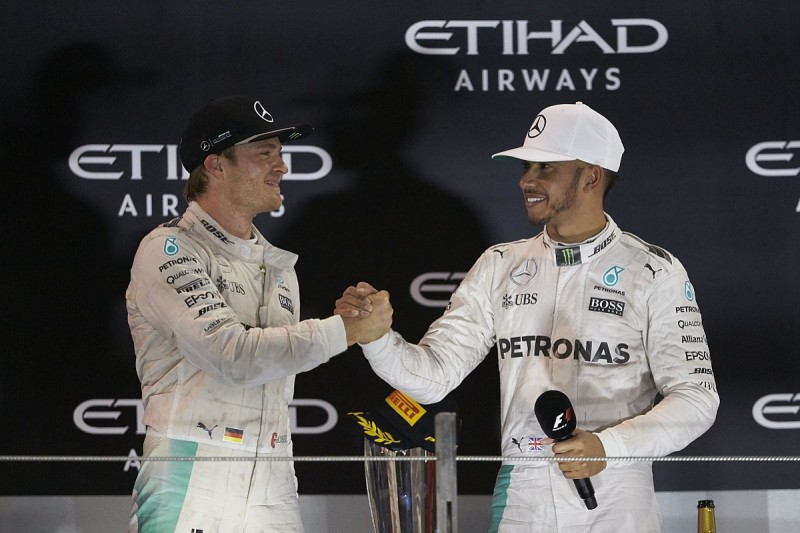 Losing the 2016 title to Rosberg was the only time in the duo's four years at Mercedes that Hamilton was beaten by the German over a season.

Hamilton said missing out on his fourth crown last season left him more determined to succeed in 2017.

He also told the official F1 website his target for the season-opening Australian Grand Prix on March 26 was "pole position, fastest lap, being fastest in every session - and win".

"I am fitter, I am working harder than ever before and I am super focused and driven after last year - when I also worked hard through the year but didn't get the result I wanted," he added.

"So I want change and that is what the team and I are working so hard to achieve.

"I am not really sure, but I don't think that any team has ever won championships across rules changes - and that is the big goal for us."