Despite Hamilton being one of only three drivers in the top six to improve on the second runs in Q3, he was still over six tenths of a second behind poleman Sebastian Vettel's Ferrari in fifth as Mercedes again found Singapore a challenge.

"I was holding on to the reins for dear life," said Hamilton.

"This is a horrible track for overtaking. It's going to be a long slog tomorrow.

"We knew coming here it would be difficult. Every year it's been relatively difficult for us.

"I got everything I could out of the car, I gave it everything and more, literally threw the sink at it. Squeezed every single bit out of it."

Asked if he expected Singapore to be the most difficult track for Mercedes in the last part of the season he said: "I don't know, I don't know where Ferrari have picked up their pace.

"It's strange from race to race, it's a little bit different between us." 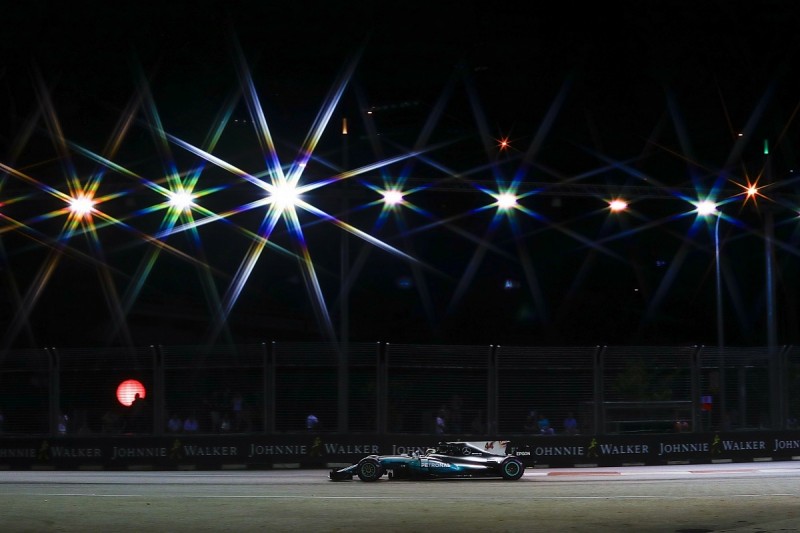 Hamilton is relying on circumstances playing to his favour in the race.

"This is a tough track for overtaking, it's usually just a long, long train," he said.

"Tomorrow I'm just going to be playing the long game. It's a marathon not a sprint.

"I just hope that I can pick some people off, at least get past a Ferrari at the start - that would be really helpful."

Valtteri Bottas was a further seven tenths behind Hamilton in the sister Mercedes in sixth.

"Two weeks ago in Monza it was pretty good for us, now we are struggling.

"It just highlights we have issues producing enough downforce and enough mechanical grip at a track like this. So that is an area we really need to work on."