Mercedes has dominated F1 since the V6 hybrid era began in 2014, winning 43 out of 50 races and enjoying a near private battle for the title between its drivers Hamilton and Nico Rosberg.

Next year's regulations have been designed to free up engine development and produce faster and more dramatic-looking cars with bigger tyres.

"There is definitely a very good possibility [the regulations will reshuffle the order] and that puts even more emphasis on making sure that we utilise this opportunity," said Hamilton.

"If it is the last year [of Mercedes dominance] I want to make sure that I maximise it so there's no shortcuts and there's no rest really during the year."

This season has evolved into another battle between the Mercedes duo with Hamilton leading Rosberg by 19 points and their nearest challenger Daniel Ricciardo 65 further back.

Hamilton remains confident Mercedes will respond well to the changes but appreciates another team could do better.

"Next year is going to be interesting," he said. "We've got a great team and we'll continue it.

"But it's a race of who started [2017 development] first and maybe someone started first and has done a good enough job.

"Hopefully we've started in similar times and I hope we are still in the battle, I'm sure we will be." 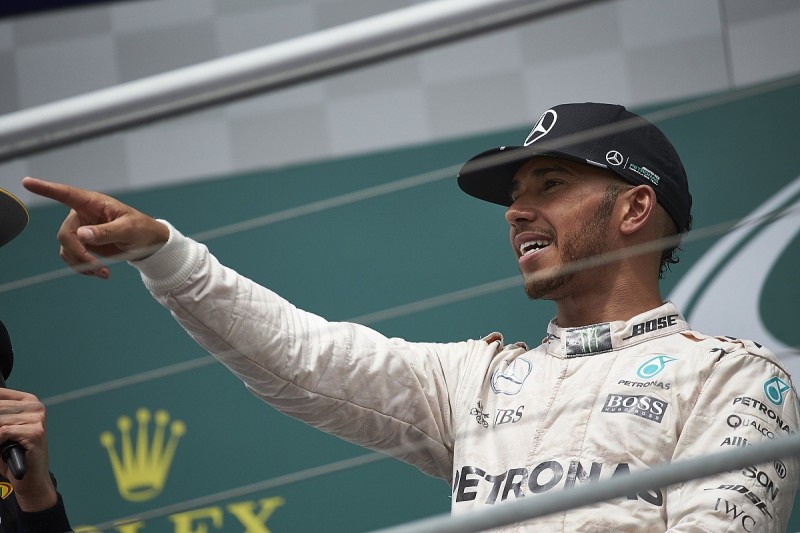 Next year will be Hamilton's 11th in Formula 1 and says he has no intention of leaving in the near-future.

"This is my 10th season and I've got six more maybe or whatever it is and then I'm gone," he said.

"That will go quick because this 10 has really felt like its gone quick, so I'm going to make sure I enjoy it.

"I'm enjoying driving more than ever so that's really important."