Mercedes decided this week to postpone the introduction of its upgrade across all six cars because reliability had not been proven in dyno testing.

The current engines have run six races so far and, with 21 on the schedule, each has to complete seven weekends.

The plan for the works cars was to switch to the new specification for Canada and then use the original units again for a seventh time in Hungary, a track where ultimate power counts less than elsewhere.

Hamilton conceded the lack of the upgrade, plus the inevitable drop in performance that comes with high mileage, will hamper him.

"This is a power circuit, so it was our target, and it definitely would have been helpful," said Hamilton.

"The guys worked as hard as they could and we had to take the sensible decision to not bring it, which is definitely unfortunate. We have to try and make do without.

"But it will mean our performance is not probably the greatest.

"It's the seventh race on the engine. Naturally it's degraded, you lose horsepower over races.

"If we're at 7000kms or whatever it is, it definitely would have lost performance. So at a power circuit it will probably be magnified." 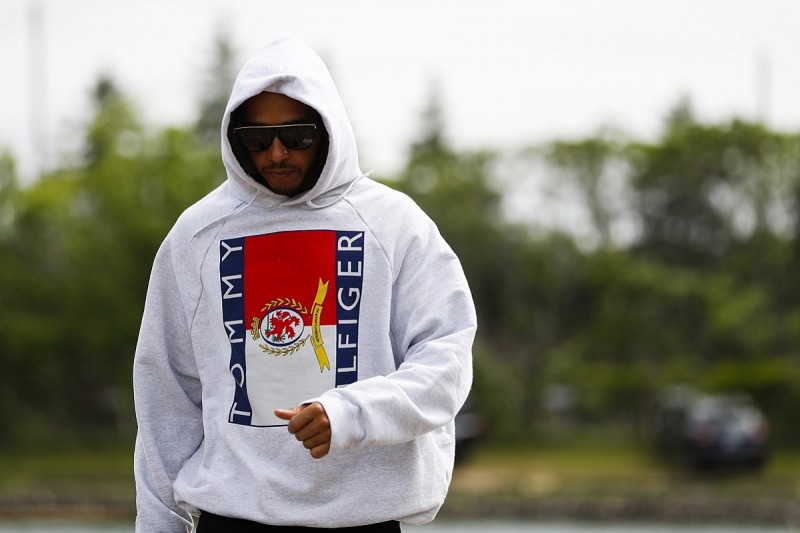 Asked if he expected Ferrari to have an advantage in Canada, Hamilton replied: "Yeah, and then also particularly if they do bring their upgraded engine. So it might be a difficult weekend.

"All I'm hoping for is reliability. If I'm on the seventh race at a difficult circuit on the engine I want to see it through. That's my only concern.

"Naturally I'm still here to win, but if they've got upgrades in their engines, which can be from a tenth to two tenths, Ferrari are particularly very strong on the straights."

Both Hamilton and team-mate Valtteri Bottas have been classified finishers at every race so far in 2018, meaning their engines have done a lot of mileage.

But Hamilton ruled out reducing practice running to preserve the engines, saying "I always watch mileage anyway. The engines have been proved out for a long, long way, and the engines are in very, very good shape, so we should be OK.

"I've saved a lot of mileage in all these six races already, so I definitely think we should be in a good position."

Bottas played down the delay to the new engine, saying it would have been only "a small gain compared to the old one" anyway.

"For sure the new one would have been a little bit better but it is not like our old engine is a bad one," he said.

"It is a good one and it is still all healthy and it is reliable so there are no concerns on that."

Hamilton's chief title rival Sebastian Vettel agreed the old engine would not be a "big problem" for Mercedes.

"The mileage effect is not so big," he said. "It's not like after 2500km you lose a lot of power just because of the mileage.

"With this family, or generation of engines, I don't think that's a big problem."