Former Formula 1 team boss Sir Frank Williams, whose squad became one of the most successful in grand prix racing’s history, has passed away. He was 79.

A short statement from the Williams team said he had been admitted to hospital on Friday and passed away peacefully on Sunday morning surrounded by his family.

The Williams team earned 114 F1 victories, along with seven drivers’ titles and nine constructors’ crowns, to became one of the best-known teams on the grid.

He elected to commit to his own F1 squad after a tie-up with Canadian oil magnate Walter Wolf did not turn out as he had hoped.

Forming a close alliance with long-serving technical chief Patrick Head, Williams’ steely determination came to the fore as he helped turn the squad in to F1 winners within a couple of years.

Williams saw Clay Regazzoni claim a maiden victory for the team in the 1979 British Grand Prix, with its first F1 drivers’ and constructors’ championship double coming a year later when Alan Jones ended the season on top.

Despite the success on the track, Williams faced his own personal challenges off it after being confined to a wheelchair since a car accident near the Paul Ricard circuit in France in 1986. 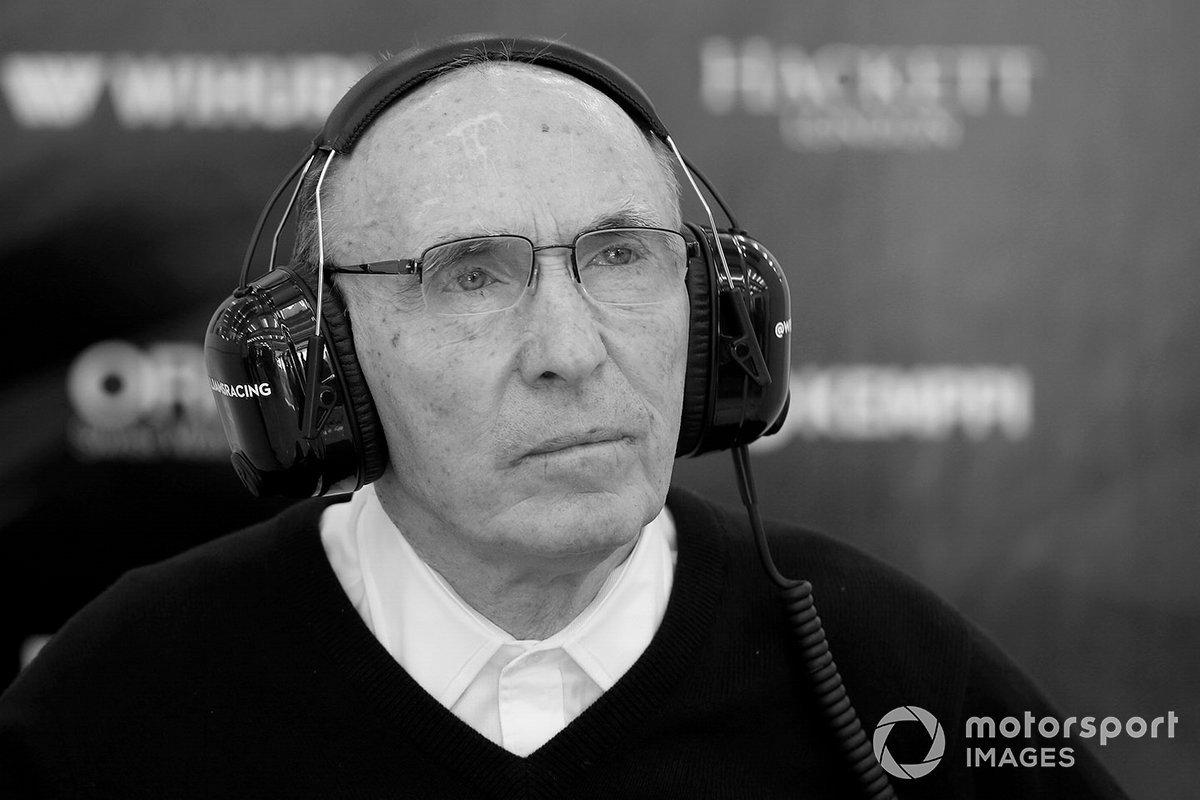 But he never let his disability affect his focus on doing everything to make his squad as successful as possible, as he and his team proved central to F1 through the booms years of the late 1980’s and 1990's.

Williams also endured tragedy himself in 1994 when Ayrton Senna was killed driving for the team at the San Marino Grand Prix. Since that day, every Williams car has carried the logo of the late Brazilian driver.

After stepping down from the Williams board of directors in 2012, Williams handed over many responsibilities to his daughter Claire who became deputy team principal.

But amid escalating costs of being involved in F1, and competitive challenges, the Williams family sold the team to Dorilton Capital in September 2020.

While the team operated under new owners, it vowed to keep the famous moniker that has become so well known in F1 circles.

A statement from the squad on Sunday said: "Sir Frank was a true legend and icon of our sport. His passing truly marks the end of an era for our team and for the sport of F1.

“He was one of a kind and a true pioneer. Despite considerable adversity in his life, he led out team to 16 world championships, making us one of the most successful teams in the history of the sport.

“His values including integrity, teamwork and a fierce independence and determination, remain the core ethos of our team and are his legacy, as is the Williams family name under which we proudly race."

The Williams team asked that donations are made in place of gifts to the Spinal Injuries Association, and that flowers be placed at the entrance to the factory in Grove.

Details of a memorial service will follow in due course.