Ferrari’s Charles Leclerc will not take any “crazy risks” to recover from his US Grand Prix Formula 1 grid penalty, but acknowledges he still needs to attack early.

Leclerc finished second in qualifying at Austin behind his team-mate Carlos Sainz, but will drop 10 places down the order and line up 12th as a result of his team fitting a sixth internal combustion engine component and sixth turbo charger of 2022 aboard his car ahead of FP3.

That will leave Sainz starting on the front row alongside Red Bull’s Max Verstappen, who is also set to miss his team-mate Sergio Perez as the Mexican driver too has a grid drop – five places for running a fifth ICE of the year in his RB18, which means he will start ninth.

“I’ll give my best as always,” Leclerc said of his Austin race ambitions after climbing from his Ferrari in qualifying parc ferme.

“Again, we’re starting I think 12th or 11th with the engine penalty that we have. I’ll give my best. No crazy risks but if there’s an opportunity, I’ll be here to take it.”

A few minutes later in the post-qualifying press conference, Leclerc said he does not “know [what result will be possible from 12th], but I will try to make some places as quickly as possible in the first few laps”.

He added: “[That’s] so I can be in the fight and join these two guys at the front as quickly as possible.”

After missing FP1 due to Robert Shwartzman driving his F1-75 as part of Ferrari’s rookie practice running requirement for 2022, Leclerc was the only driver able to conduct a high-fuel race-data-gathering run in the session the teams typically devote to such exercises.

This was because most of his colleagues were dedicated solely to the Pirelli 2023 tyre test that dominated FP2 at Austin, where Valtteri Bottas and Daniel Ricciardo ran a contra-run plan in their 35 minutes of 2022 tyre running that Leclerc also had to get up to speed for missing FP1. 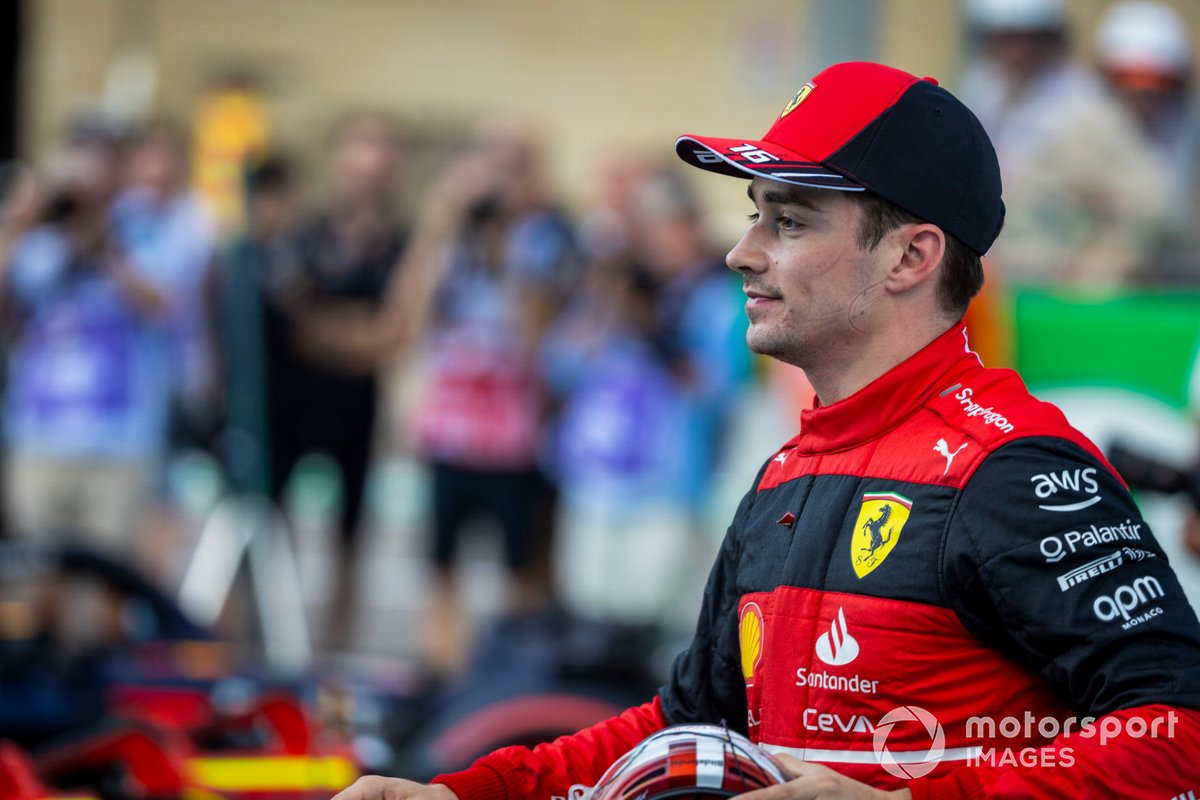 At Williams and Haas, FP1 bystanders Nicholas Latifi and Kevin Magnussen were given run plans that eschewed this and concentrated solely on the 2023 tyres.

Despite Leclerc’s unique Austin FP2 long-run work, Ferrari actually lacks the total data pool it had been planning to create as it was unable to do a high-fuel run on the softs in FP3 (he used the mediums early in FP2) due to an issue that confined him to the garage between qualifying simulation efforts.

When asked about this problem by Autosport, Leclerc revealed it to have been “a small cut on the tyre” of the softs set he had been about to use for long running.

In that FP3 session, where the teams had to make up for the long-run time lost in FP2, Red Bull gave Verstappen only the task of running on high-fuel with the softs as Perez concentrated on qualifying runs, while Sainz provided Ferrari further long-run data on the mediums.

This means the two teams head into Sunday’s race both with incomplete data sets across the two softer compounds ahead of what is expected to be a two-stop event.

But Leclerc does not think this is a particular concern for Ferrari, which has struggled for long-run pace against Red Bull since back in Austria just before the summer break.

“I don’t think so,” he said. “We’ve got this FP2 run also that nobody [else] could do just because I didn’t run in FP1. I could use the mediums, which gave us a little bit of data.

“A little bit less data this morning in FP3, but all in all I don’t think it will be a factor that has compromised us for the race tomorrow.”

Of the decision not to complete the FP3 softs long run due to the cut tyre, Leclerc said Ferrari “didn’t want to take any risks” of crashing as a result of that issue, but concluded that it was “nothing too big really”.