Charles Leclerc says he was surprised that Ferrari beat McLaren in Formula 1 qualifying for the United States Grand Prix.

Ferrari grabbed the initiative in the ongoing battle for third in the world championship at Austin when, after recovering from a difficult day, Leclerc qualified fifth, ahead of teammate Carlos Sainz and the McLarens of Daniel Ricciardo and Lando Norris.

All four men subsequently gained a place from a grid penalty for Valtteri Bottas.

The only downside for Ferrari was that Sainz progressed from Q2 with the unfavoured soft tyres, having failed to improve when he ran the mediums used by the other frontrunners.

"It's been a great day. It's not been an easy day," said Leclerc. "But it's been a great end to a tricky day. In FP3 I lost the confidence in the car, especially in the second run of FP3, where I lost the rear end basically everywhere.

"And then through qualifying, I gained that confidence again and managed to put that lap in the in the last lap. So very, very happy with today."

Regarding being ahead of the McLarens, he said: "It was a surprise, because we expected the McLarens to be stronger than us this weekend on this track.

"And well, it's not the case for now. So yeah, we still need to do a good race tomorrow, but it was a surprise for us to be in front of them in quali." 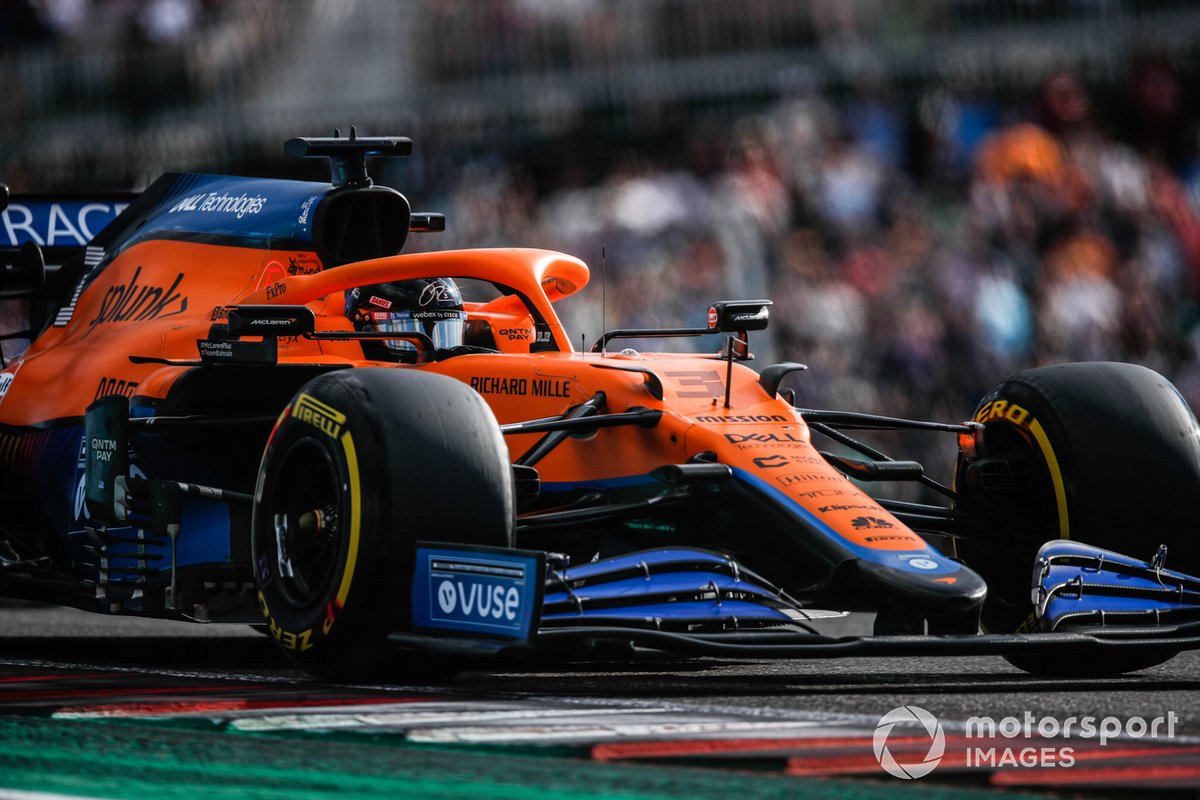 Asked by Autosport if Ferrari being in front was also a surprise for McLaren, Ricciardo insisted that it was too close to call.

"I don't really have any expectation after Friday," said the Australian. "Obviously it's nice having a good Friday, but you just never know, and even if we were faster yesterday, you don't know if track conditions could change and maybe that swings into Ferrari's favour.

"So I never too caught up in it. We're very close on most tracks that we go to, so I do expect them to always be there, and obviously today they had that extra tenth or two over us.

"But I'm hoping that changes tomorrow over the course of the race and we can be the hunters."

Norris said: "It's not really that surprising. I think we knew it was going to be very close. After P3 this morning they looked a lot more where they should be.

"So not a surprise, but of course we were definitely hoping to be that bit ahead, we had that confidence to be that little bit ahead of them.

"It was close. It wasn't like it was huge margins like it was in Turkey. Just gutted to be behind because we definitely had the potential to be ahead, but we weren't."

McLaren team boss Andreas Seidl suggested that Sainz's tyre strategy might create an opportunity for his drivers to jump ahead of the Spaniard.

"I think we should have a good race car for Daniel and for Lando," he said. "And try obviously to get ahead of one or the other Ferrari. It will be interesting how it goes for Carlos, starting on the soft tyres, it is an opportunity for us.

"And then obviously, it will be interesting if there's anything we can do to keep Valtteri behind, which will be tricky or difficult, because he is clearly having a faster car.

"But as you have seen several times already this year, there is always a chance.

"So looking forward to an exciting race tomorrow, challenging race as well, it will be interesting how tyre management and strategy will play out. Objective is clear, to try to move forward."