Leclerc: Stricter racing rules for F1 would be "disaster"

Charles Leclerc reckons Formula 1 drivers ‘played a little bit’ with driving conduct rules at the British Grand Prix, but says stricter protocols would be a recipe for disaster.

The actions of some drivers during the Silverstone race was thrust in to the spotlight after what appeared to be some robust defensive moves was let go by the FIA stewards.

On several occasions drivers were crowded out to the side of the track after attempting to overtake around the outside, such as Max Verstappen on Mick Schumacher, while there remains debate about Sergio Perez cutting a corner and racing on to gain position.

Several drivers, including Fernando Alonso and Schumacher have said they want to seek some further clarity from F1’s race director ahead of the Austrian Grand Prix after feeling what took place at Silverstone should not be allowed.

But for Leclerc, who found himself crowded out by Lewis Hamilton at the original start and then Verstappen on the restart, reckons there was nothing too wrong with how his rivals battled on track.

“I don't think there was anything outside the limit there,” he said. “Obviously, it was hard racing, but I really enjoyed it again.

“I mean, you can have rules for every situation but then it becomes a disaster and sometimes you just need to let the show go.

“I think we managed the situation well. It was very, very tricky. And all of us played a little bit with the limits and probably me, the first one, because I was in a pretty shitty situation. But I tried to do my best and it was fun.” 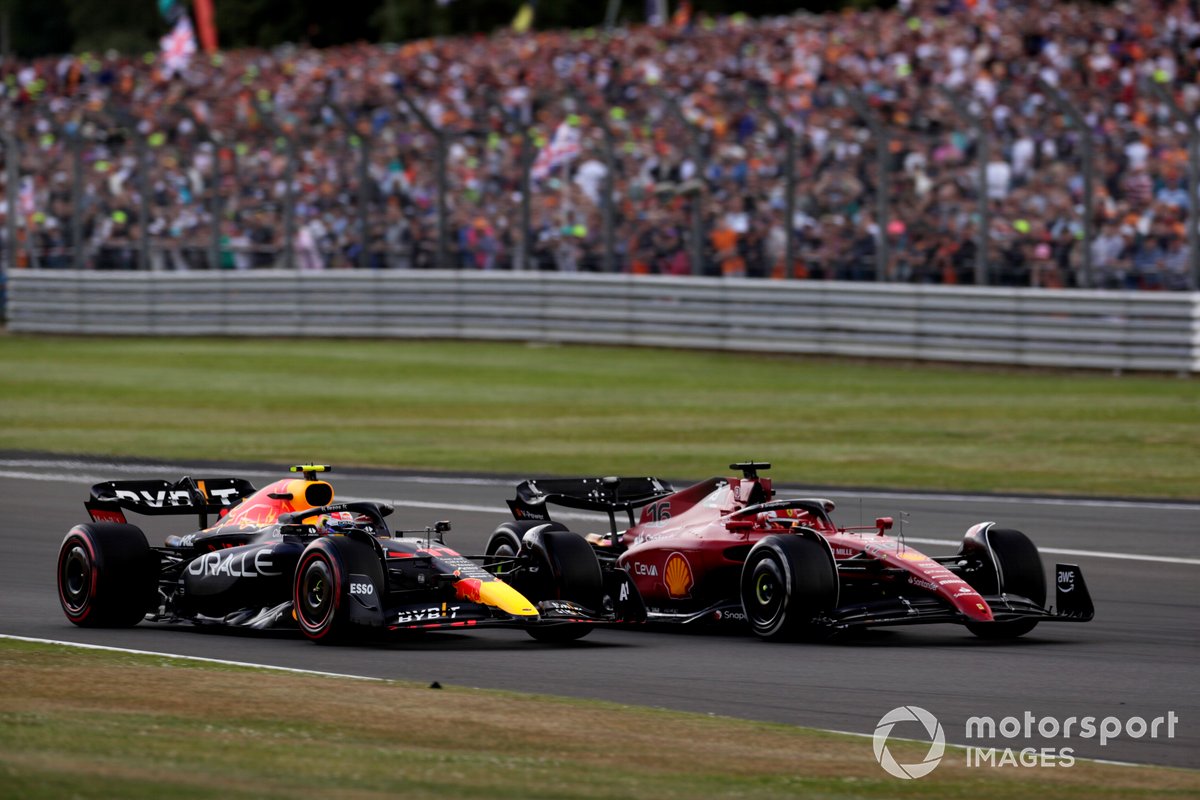 Hamilton, who was pushed wide by Perez in the fight for second spot in the closing stages, also saw no grounds for complaint.

“For me, generally it’s clear, and I think the racing between us was great,” he said.

“I would have done exactly the same thing for example as Checo did. That was good racing.”

Hamilton does think, however, that there needs to be some greater clarity about gaining an advantage from running off track and weaving.

“I’ve seen one clip of the time when I overtook them [Perez and Leclerc], and I think Checo went off-track and gained an advantage,” he said.

“In those scenarios, I think as drivers, we’re generally asking for things to be black and white. So you can do this, you can't do that: not that it’s dependent on lots of different things.

“One of the things we’re talking about is weaving when you’re defending. It's always been that you’re only allowed to move once to defend, not several times.

“We’ve just got to continue to work towards consistency. But I think the racing was really great. I don’t think there was anything really bad to take from the weekend. I think we just continue to get stronger in terms of how they apply the rules and clarity.”

Sebastian Vettel said ultimately drivers should take responsibility themselves for knowing if they have been fair with a rival or not.

"We should be the best judges," he said. "And if we push somebody off, and we know it's too much, we should be prepared to get a penalty. Maybe sometimes they [FIA] don't see, and it shouldn't happen, but it happens. But as long as it is fair, even though it's hard and with elbows out and stuff, it's okay."

Verstappen: Mercedes floor is the most flexible in F1

What is delaying confirmation of Red Bull and Porsche’s F1 plans?