Charles Leclerc says there are still "question marks" over the true formbook after topping the times in Friday practice for Formula 1's Azerbaijan GP.

The Ferrari driver just edged out Red Bull Racing rivals Sergio Perez and Max Verstappen after what was a scrappy session for many drivers, with several big names making mistakes or being handicapped by yellow flags triggered by others.

The top three drivers all took trips down escape roads during the session, while Verstappen also had a slow speed spin.

Asked if he expected a hard fight for pole with Red Bull, Leclerc said: "I think it will be. We've had a good Friday because overall I think we've improved quite a lot from FP1 to FP2, but there's still another step that we need to do from today to tomorrow.

"I also feel in FP2 nobody really put a lap in and neither did we, I think Max and Carlos [Sainz] didn't actually improve on the soft. So yeah, there are still quite a lot of question marks.

"I think the positive to take away from today is that the tyre degradation was good, and the race pace was very strong. So that is good."

Leclerc's heavy fuel run towards the end of the session was compromised when he felt a loss of power and urgently asked his team for advice, and he was told to switch to race mode.

"Actually, it was not a power unit problem," he explained. "It's just me that forgot that I had changed something which obviously made me lose power. But nothing bad."

Red Bull suffered with more DRS issues in FP1, with the flap vibrating, and the team had to make changes before FP2.

Having edged out his teammate despite a less than perfect session, Perez was encouraged by progress. 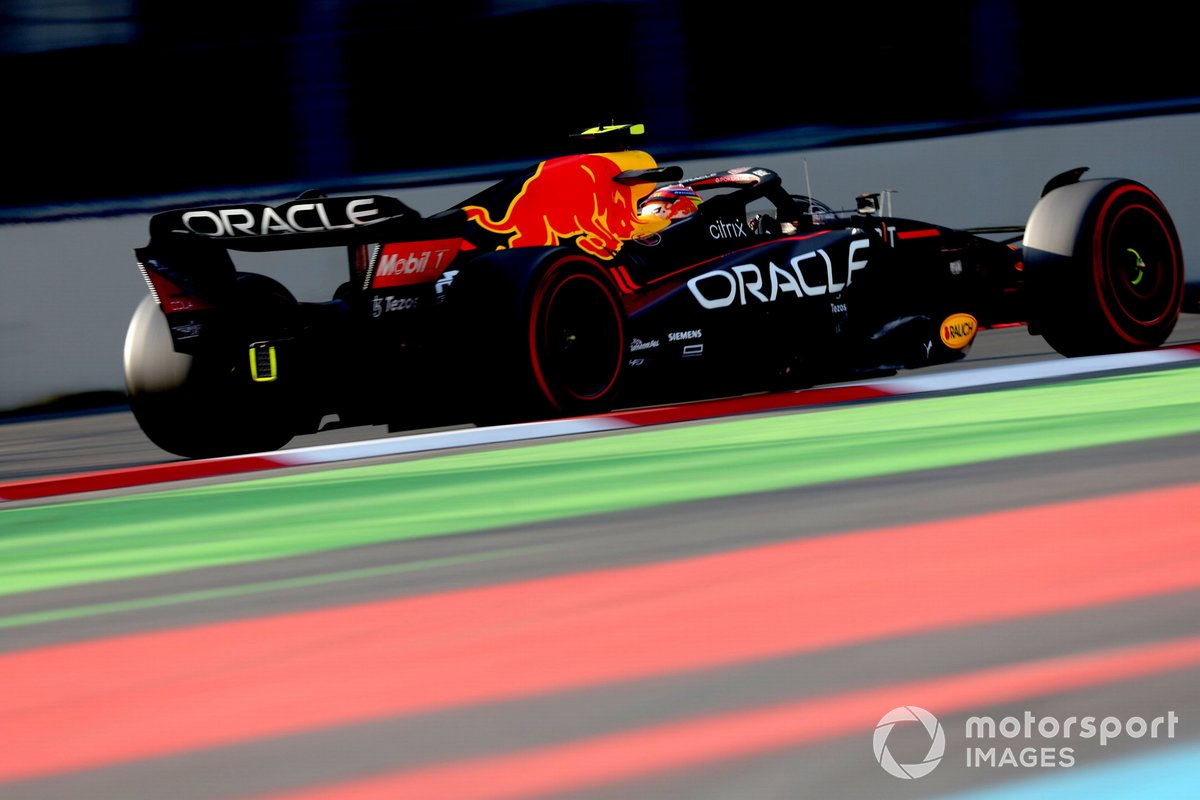 "It was a solid day," said the Mexican. "We have work to do. Ferrari looked strong, especially in the second sector, in the corners. We have to find something there to be in the fight tomorrow.

"It was a good start to the day. FP2 didn't went as good as we wouldn't have liked. I think we probably took some wrong directions with it. We were just exploring, and it was just not coming, and we were not able to sort out our problems.

"But we have good data with both tyres as well in the long run. It was the reverse with Max in that regard, so I think there's good data for us to gather and to go through it tonight, and hopefully we are able to put it all together tomorrow for qualifying."

Verstappen admitted that it had been a difficult day after struggling to get a representative lap in.

"Just a bit unlucky with my soft tyre runs in FP1 and FP2," said the Dutchman. "All the time I got a yellow flag so I had to back out, but overall I think we look quite decent. It looks like Ferrari is quite quick over one lap again, long runs then look a little bit more even.

"So that's positive. And yeah, for once it seems like on the street circuit we can get the tyres to work over one lap, everyone it seems like, because all the time you try in the second lap you already lose performance. But overall I think not a bad day, just need to fine tune a few things."