Charles Leclerc still hopes to join Max Verstappen and Carlos Sainz in the battle at the front in the Formula 1 Canadian Grand Prix despite starting from the final row of the grid.

However, the Ferrari driver has set fourth as a more realistic target, and even then he admits that he will need to catch a break through strategy.

The Ferrari driver picked up a back of the grid penalty after taking new power unit elements on Saturday, having already earned a 10-place drop when he took a fresh control electronics on Friday.

He will start 19th because in Q1 he outpaced AlphaTauri’s Yuki Tsunoda, who had a similar penalty.

Leclerc indicated on Thursday that Montreal wouldn’t be a bad place to take a penalty, given that overtaking is usually possible.

"I don't know whether it will work out or not,” he said when asked by Autosport if he could make progress on Sunday.

“It was a bit more difficult to overtake than what I initially thought yesterday, but overall I think we've got quite a good pace in the car.

"If we play it smart with the strategy, having some clean air, we can come back to P4 or something. So that is the goal and yeah, I'll give it everything." 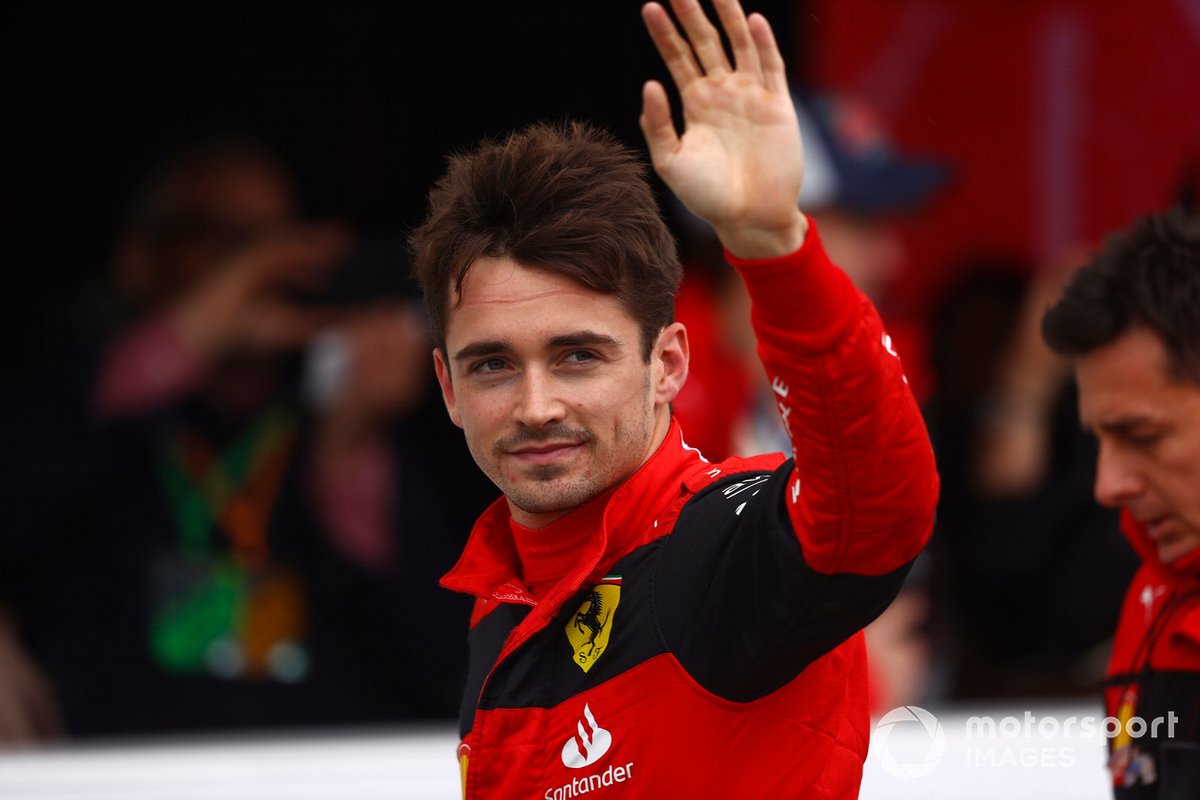 Asked if he thought his team-mate Sainz could win from third on the grid he said: "Well, I hope so. Obviously, if I'm not able to do that, then the second person I want to win is Carlos. That will be great for him. I think he's been competitive, this weekend is going to be very close with Max.

"And hopefully with a late safety car and a little bit of luck, I can join the battle also. But obviously this is quite optimistic."

Leclerc conceded that he wasn't too disappointed with the Montreal penalty because it didn’t come as a surprise after his failures while leading in Spain and Azerbaijan depleted his pool of power unit elements.

"It makes it a bit harder for us but it's inevitable," he added. "So there is disappointment, but on the other hand I knew it was coming, so I kind of expected it.

“I don't know if there will be any more penalties other than that, but overall I think it's the best we could have done. It's not a good situation to be in, but I guess we took the right decision, I mean, to put it all on one race I prefer, instead of having multiple races with a 10-place grid penalty.

“We'll try to make the best out of it tomorrow and then hopefully we can have no reliability issues any more, focus on ourselves and catch back the Red Bulls in front of the championship."

Leclerc admitted it wasn’t easy to take part in Q1 in the soaking wet conditions knowing that he was making only a token appearance and yet still risking an accident.

"Especially considering how much I love qualifying it is not easy to go in this mindset, and knowing that whatever you do anyway, you've got everything to lose," he said. "If you take risk and you do a mistake then it costs you something for tomorrow, maybe a pitlane start or something.

“But I think we managed it well. It was clear for me that I couldn't take any risks, and it was just a matter to put the laps in.

"I had I think two clean laps, or one clean lap. Otherwise, I was behind Nicholas [Latifi] and I was just struggling to get past really, because I couldn't see anything.

“So it was all about doing a few laps just to do the all the checks on the car without taking too many risks and that worked."