Charles Leclerc expects to see the usual “qualifying game” at Monza despite the 2022 Formula 1 cars generating a less powerful tow than their predecessors.

The Italian track traditionally sees drivers seeking tows on the straights in qualifying while also trying to create an optimal gap so that the car ahead doesn't compromise their cornering.

That has sometimes led to controversial situations, most famously in 2019 when cars left the pits late for their final runs in Q3, everyone backed up, and several drivers failed to beat the chequered flag to start their laps.

Leclerc thinks that despite the reduced slipstream effect, similar situations are set to occur again this year as the tow is still valuable.

"I think for the qualifying game, it probably will be the same, because even if it's less worth it, it's still worth it," the Ferrari driver said when asked about slipstreaming by Autosport.

"I mean, drivers will always go for that little last bit in qualifying, so I think it will always be trickier in quali than for the race.

"I think with these cars we can follow a bit closer in the medium and high-speed, but the tow is obviously worth a little bit less also in the straights.

"Having said that, I think it will be hugely dependent on whether there's a train of cars with the DRS. In that situation, it will be very, very tricky to overtake. If not, then I think it should be fairly easy."

"I think tows in Monza are always going to be an issue," said the Spaniard when asked by Autosport about past qualifying controversies. 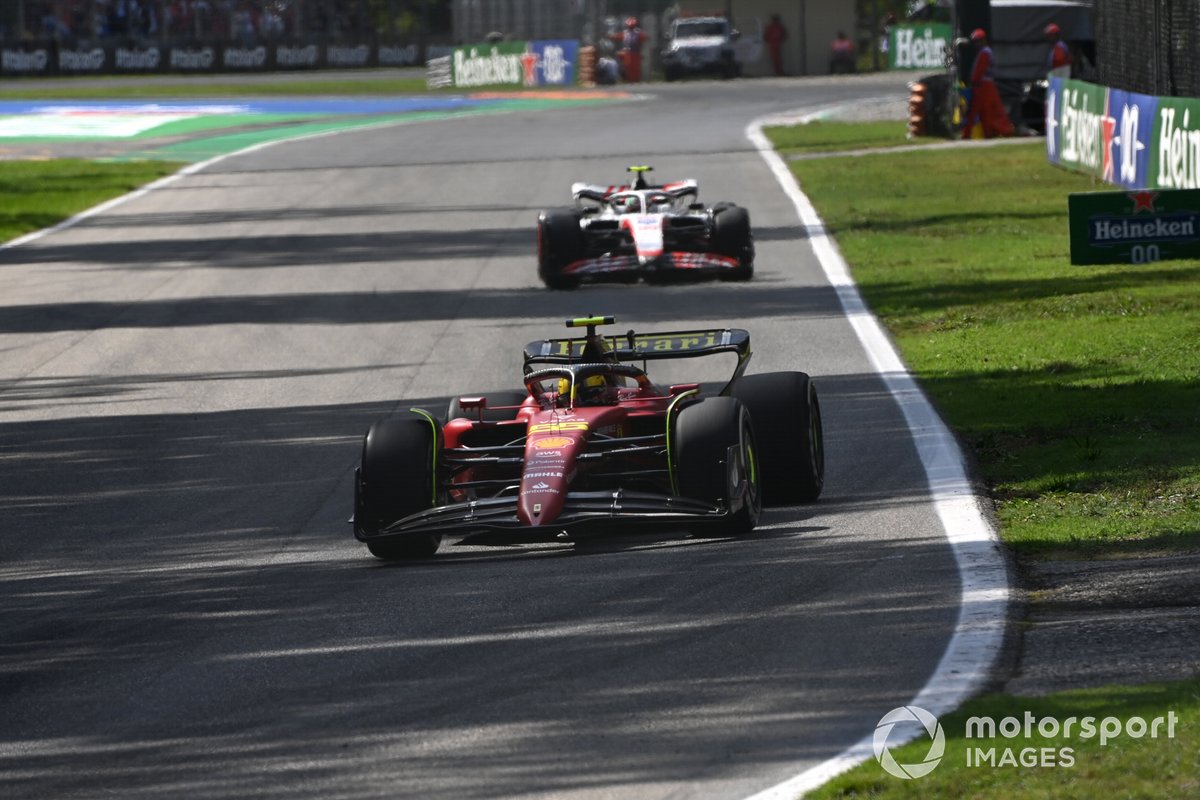 "Even if people say 2019 was a mess and a show, I don't agree, I think it's part of racing. And there's just a lot of people that got it wrong, or there's like me who got it right!

"I'd just say that this is part of Monza tactics and strategy. And I think it's part of the beauty of coming here, that you have very strange qualifyings.

"And I think it's good to see even if sometimes you don't get a lap. I think this year is going to be again similar, because the cars are still very sensitive to slipstream and you want the tow."

Agreeing with Sainz, GPDA chairman George Russell said the shared desire not to be the first one to start their qualifying lap and run without a tow is "always going to be a problem here" and joked that F1 should "maybe go back to single lap single car qualifying!"

The Mercedes driver acknowledged that in the past it paid to avoid getting too close to the car ahead and thus losing downforce, but said the issue was not without its nuances.

"We can all measure the straight-line speed gains we get when we are in a slipstream, but it's more difficult to say exactly, I lost half a tenth or one tenth or nothing through a corner," he said.

"I think personally, it's not going to be the be all and end all. And there's a lot more to lose chasing that perfect tow than there is to gain."