Leclerc plays down chances of fighting Mercedes in British GP

Charles Leclerc has played down Ferrari's chances of fighting Mercedes at the Formula 1 British Grand Prix, admitting the SF90 was "struggling quite a lot" in race simulations on Friday 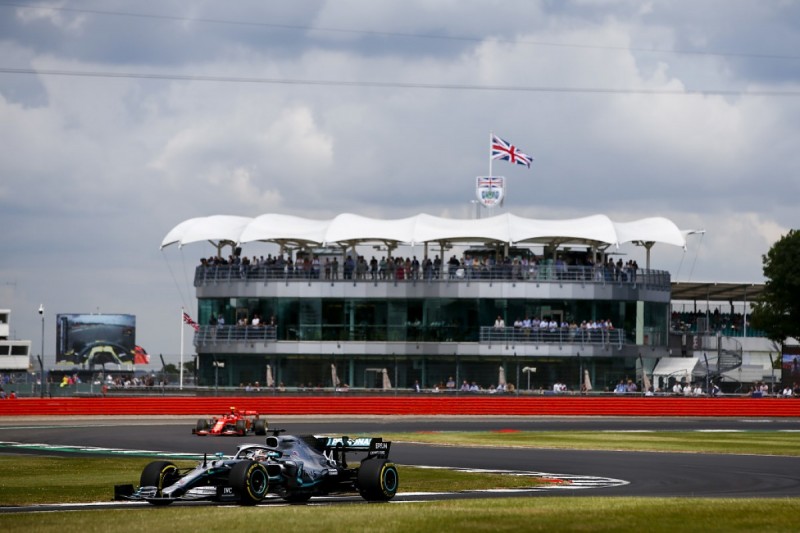 But Ferrari's deficit appeared a lot more sizeable in longer runs, and Leclerc marked this out as the overriding concern on what he felt was "not a great day".

"It was quite a difficult day for us," Leclerc said.

"Qualifying pace was not so bad but I feel Mercedes have probably quite a lot more to come. So it's going to be very difficult, and still a lot of work to do."

After Ferrari edged Mercedes in Austria, it was suggested that its SF90 could once more have the upper hand at another power-sensitive circuit in Silverstone, but Leclerc felt the Friday showings countered such claims.

Team principal Mattia Binotto echoed that Ferrari "knew Silverstone would've been more difficult for us compared to the last race", but said the car's true level was hard to assess because of tyre wear issues.

"We had very high wear on the front tyres, front left, which somehow is already affecting the single qualy lap, because if you look, we are quite strong on the first and second sector but somehow weak on the last one, some extra understeer," Binotto explained.

"I think we will be focused on this overnight, try to address the front wear, and by the times that the car will be balanced I think we will get a better judgement of our overall performance at Silverstone."

The front-tyre issue was corroborated by Leclerc, who said the fronts were "in a pretty bad shape after the race runs", with the front left "particularly dead".

Leclerc's teammate Vettel was a quarter of a second slower than him in fourth place.

"We tried some stuff with the car and set-up, and the car was quite nervous, on top of it it was a bit windier [in FP2], Vettel said.

"Not so bothered with one or two particular laptimes. I think bigger picture today, it was okay, too many jumps for us, up and down - still Mercedes looked very very fast and the ones to beat.

"There's more we can do, definitely. Some stuff [we tried] didn't work, so we have to pick now the right cards for tomorrow."

Red Bull's Verstappen: Promising to be so close after poor Friday