A report from Italian newspaper Gazzetta dello Sport on Tuesday claimed that Ferrari team principal Binotto was set to depart from his role in January, with Alfa Romeo F1 chief Frederic Vasseur being lined up as a replacement.

Ferrari issued a statement on social media in response to the rumours, claiming they were “totally without foundation.”

Binotto has been at the helm of Ferrari’s F1 efforts since January 2019, having risen through the ranks at Maranello and previously overseeing the team’s engine project.

Leclerc, who is fighting for second place in the F1 championship at this weekend’s season finale in Abu Dhabi, said there were “always rumours around Formula 1, especially around Ferrari” when asked about the report on Thursday.

But he pointed to the progress that Ferrari has made this year, having ended its win drought dating back to Singapore 2019 when he led Carlos Sainz home for a 1-2 finish in the season-opening Bahrain Grand Prix.

“Obviously, when we are getting to the end of the season, there are always voices around us,” said Leclerc.

"But I think as a team, we really need to focus on our job and, on-track, try to extract all of the things that are happening around the team.

“People tend to forget how big of a step we've done from last year to this year. There's definitely another step that we need to do, but I am sure that we'll do it all together, and starting with this race, hopefully to finish on a high this season.

“But apart from that, there's nothing more to say. I don't think we should give too much attention to that.” 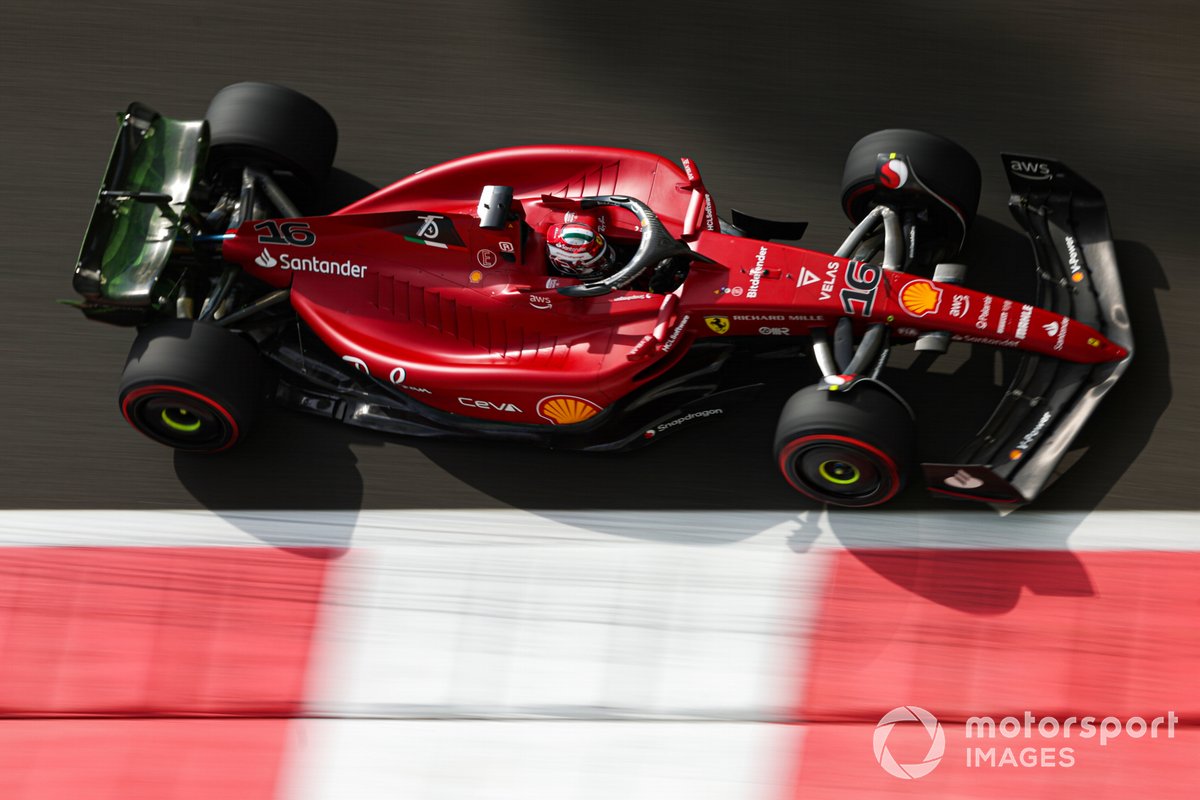 Ferrari recovered from a miserable 2020 season that saw it slump to sixth in the championship - its worst result for 40 years - to take third last year, albeit trailing behind Mercedes and Red Bull in the pecking order.

But the overhaul of the technical regulations for 2022 paved the way for the Italian marque to become a competitive force once again in F1, winning two of the opening three races over Red Bull.

Ferrari’s pace relative to Red Bull began to tail off as the season wore on, though, resulting in a current four-month win drought that dates back to the Austrian Grand Prix in July.

Ferrari sits 19 points clear of Mercedes in the constructors’ championship heading into Abu Dhabi in the fight for second place after Red Bull clinched the teams’ crown in Austin last month.

Back in September, Ferrari chairman John Elkann gave his backing to Binotto as team principal, but said the team had to improve after making “too many mistakes” over the 2022 season.