Leclerc: 'Paid the price for being too greedy' with Imola F1 spin

Ferrari Formula 1 driver Charles Leclerc says he "paid the price" for being "too greedy" after letting an Imola podium slip away with a late spin.

Leclerc was on course for a comfortable third place behind the dominant Red Bulls of winner Max Verstappen and Sergio Perez and was just looking to salvage a result on Ferrari home soil after team-mate Carlos Sainz was taken out on the first lap.

But on lap 53 of the Emilia Romagna Grand Prix, Leclerc spun off at the Variante Alta chicane, damaging his front wing after contact with the outside wall.

An additional pitstop for a new front wing demoted Leclerc from third to ninth, although on fresh soft tyres the championship leader managed to climb back up to sixth place.

Afterwards Leclerc rued his costly mistake, saying he "paid the price" for being "too greedy."

"It is a big shame. Whatever happened before the spin, these are details and it's part of racing, but I believe that the spin shouldn't have happened today," he said.

"P3 was the best I could do; we didn't have the pace for much more. And I was too greedy, and I paid the price for it and lost seven potential points, compared to my third place I was before, so it is a shame.

"It's seven points that are valuable at the end of the championship for sure. And this shouldn't happen again." 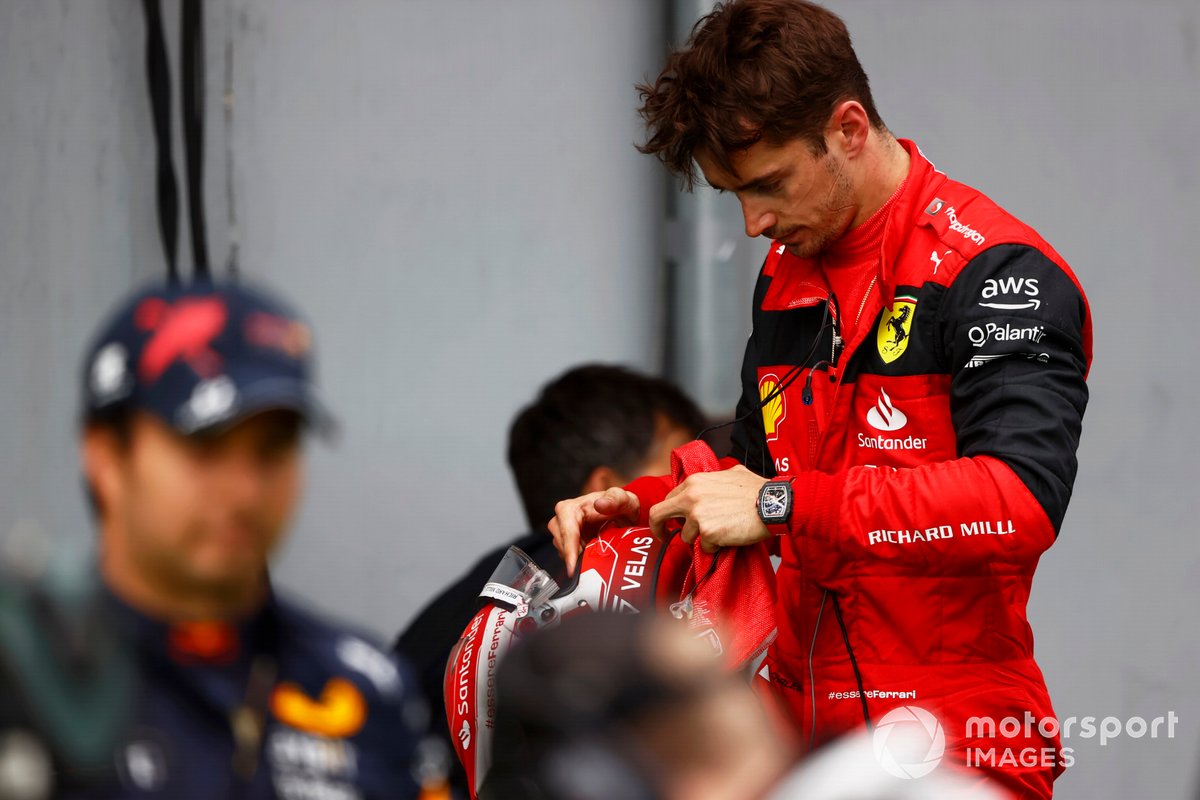 While Leclerc still leads the championship by 27 points over Verstappen, he is aware that the dropped points could prove very costly in light of Red Bull's impressive form, which appears to have made a step forward thanks to a lighter, upgraded RB18.

"So yeah, it is very, very close. And I think it will be that way for the rest of the season.

"And that is why every small mistake... I mean, it's a big mistake, but actually the consequence considering the mistake could have been much bigger.

"It's only seven points today but it would cost more the next time, so I need to be careful for that.

"Only time will tell how much of a step [Red Bull] did. But for sure they seem to be more competitive than the first three races or similar to Jeddah."

Hamilton: Everyone at Mercedes 'feeling it' over F1 struggles