Ferrari Formula 1 driver Charles Leclerc says he won't be too harsh on himself for his qualifying crash at the Monaco Grand Prix, which prevented him from contesting his home race.

Last weekend Leclerc took provisional pole in Q3 before thumping the barriers at the swimming pool section, severely damaging the right-hand side of his Ferrari in the process.

The ensuing red flag meant no other drivers were able to improve their laptimes, meaning Leclerc would take pole despite his off.

Ferrari decided it would be able to repair Leclerc's car without changing the gearbox, thus preventing a grid drop, but on the lap to the grid Leclerc reported mechanical issues, which were attributed to the left-hand driveshaft.

The team was unable to repair the damage in time, meaning Leclerc failed to start his home grand prix despite taking pole. 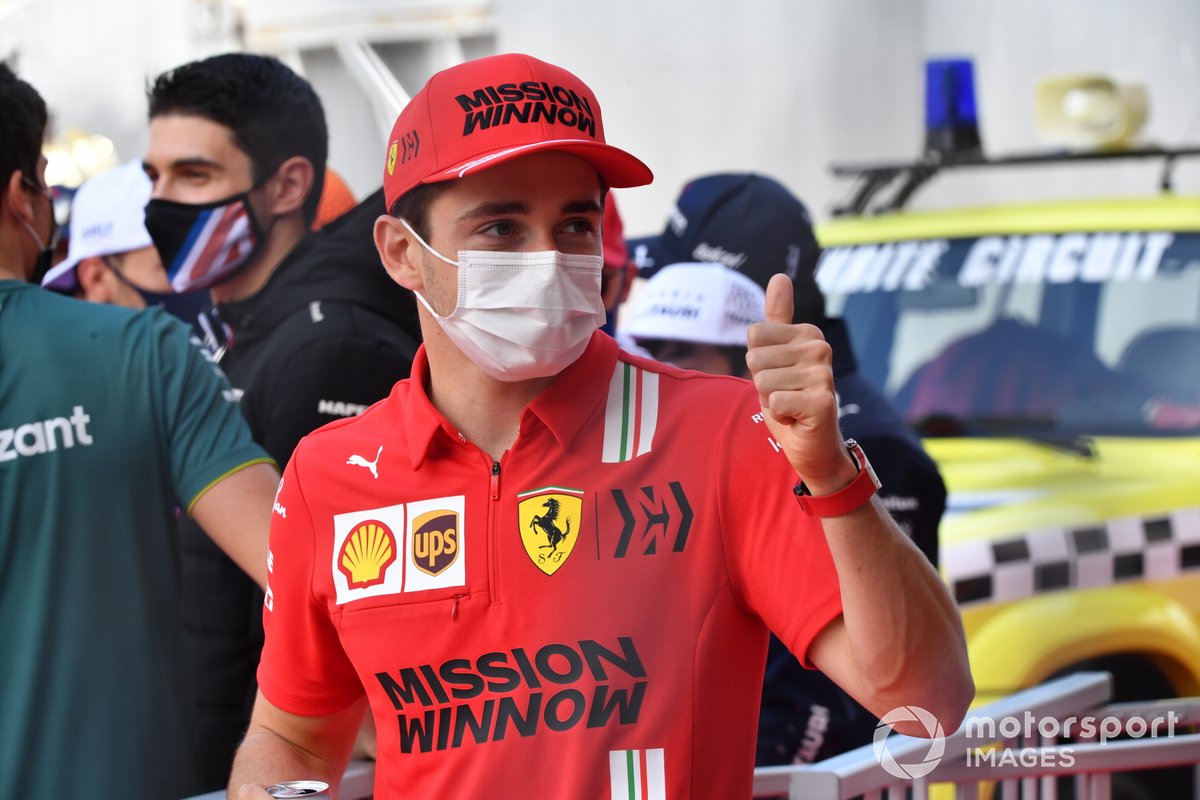 Leclerc is notoriously self-critical, but after his qualifying mistake he said he was "not too harsh" on himself because a crash in Monaco qualifying is never far away.

"Of course you can always learn whenever things are not going the way you want to, but I feel like I've done a good job this weekend anyway," Leclerc said on Sunday night.

"In the last attempt of Q3 I just tried a bit too much and and went into the wall, which are things that can happen in Monaco.

"It has happened in the past and many times I'm very very harsh with myself, but if there was any time during the weekend where I had to push especially Q3 in Monaco, it's part of the game.

"So yeah, you can always learn from it, but I am not too harsh on myself for that."

Monegasque Leclerc admitted missing his home race was a big blow, especially considering his pole, which would have given him an excellent shot at winning the race in a season dominated by Mercedes and Red Bull.

"Of course it's difficult because it's at home, it's not every day that we have the chance to be in such a good place," said Leclerc, who never managed to finish a race in Monaco in any category.

"At the end it's like this, it's part of motorsports and these things can happen.

"As [team boss] Mattia [Binotto] said, what I'll try to remember from this weekend is all the positive signs we've had, we are coming back from quite far if we see last year, so we've done a good job by improving race after race.

"Here it might be a one-off to be fighting for the win but that doesn't mean that there has been no progress.

"So we are we are on the good road, we are working well and surely the luck was not my side this weekend. And it's life, I'll just get over it.

"I will think about Baku, I'm very, very motivated to be back in the car and hopefully have a very good result soon."