Norris picked up his first F1 pole in Saturday's qualifying session at the Sochi Autodrom, and looked set to win the race before a late rain shower shook up proceedings.

Norris initially opted against coming in for intermediates, a decision that ultimately backfired as he dropped to seventh place after pitting and making the switch, allowing Lewis Hamilton to win the race.

Norris felt "devastated" after the race, but it was not the first time in recent years that a young driver has seen their chance to win a first grand prix slip away.

Ferrari driver Leclerc was set to win the Bahrain Grand Prix in 2019 before an engine issued caused him to slow and fall to third, while George Russell and Alex Albon also saw their chances to win races pass by at events in the last two years.

Leclerc acknowledged that it was "difficult" to handle losing a first race win in such fashion, and that Norris may feel a weight of responsibility in the decision not to come into the pits.

But he backed the Briton to recover and score his maiden win eventually. 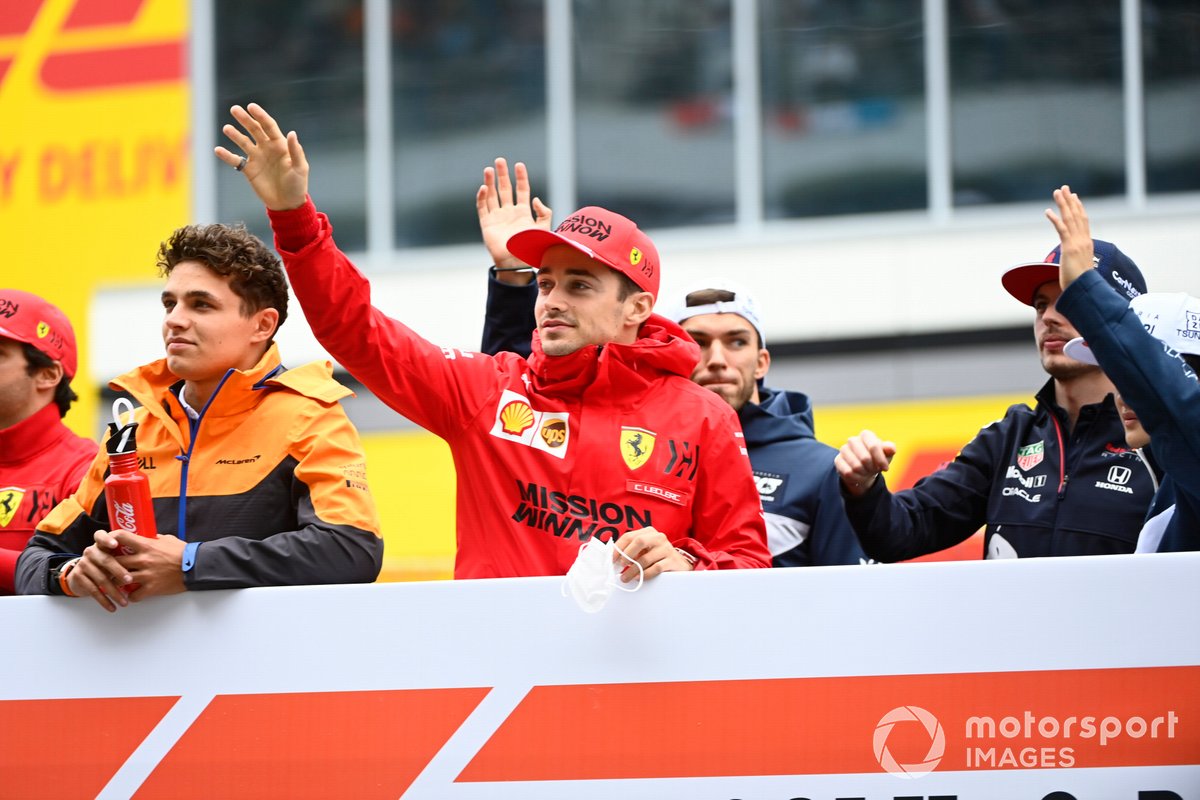 "Obviously I can imagine what he is feeling," Leclerc said.

"Probably he's part of the decision process in those type of situations, and he might feel very, very guilty.

"But he is an amazing driver. I think he has shown it very often this season. He has had a very strong season, and I am sure he will learn from it.

"It's just a matter of time before his first win, so yeah, I don't think he should feel so down after the race he has done."

Russell's shot at victory came during his one-off appearance for Mercedes at last year's Sakhir Grand Prix when a strategy miscue and a puncture denied him a likely win.

"It's every driver's worst nightmare leading a race and the rain starts coming down, so I feel really bad for him," Russell said.

"I've been there last year. I know how it feels. He'll have plenty more victories to come."