Charles Leclerc does not feel like Ferrari has “stolen” 2021 Azerbaijan Grand Prix pole, as he believes he could have topped Baku Formula 1 qualifying even without the Q3 stoppage.

Leclerc claimed his second successive pole position in similarly bizarre circumstances to last month’s Monaco Grand Prix Q3, where he crashed during the final runs in that session.

This time in Azerbaijan, it was Yuki Tsunoda going into the barriers at Turn 3 – and Carlos Sainz Jr also going off and hitting the wall in the runoff beyond the 90-degree left at the end of sector one’s back straight – that stopped any drivers improving on their final flying laps in qualifying.

Just as in Monaco, Leclerc had led the way after the opening runs, which proved to be crucial given how the circumstances played out.

Speaking in the paddock after qualifying in his home city, Leclerc was feeling “quite shit” about the damage that would end up stopping him starting that race, whereas this time around he said he was “feeling much better”.

“Still not as good as I would feel on a normal pole position, because obviously there was the red flag at the end there,” he explained after Autosport asked him to compare the two post-qualifying situations.

“But, overall, I don’t feel like we’ve stolen this pole position.

“I feel like we had the pace to do pole position anyway on the second Q3 lap with everyone finishing their laps. [I’m] very happy with today.”

Leclerc benefitted from picking up a tow from Lewis Hamilton, who ended up qualifying second, as the Mercedes driver was completing a second preparation lap ahead of what would become his sole flying effort in Q3. 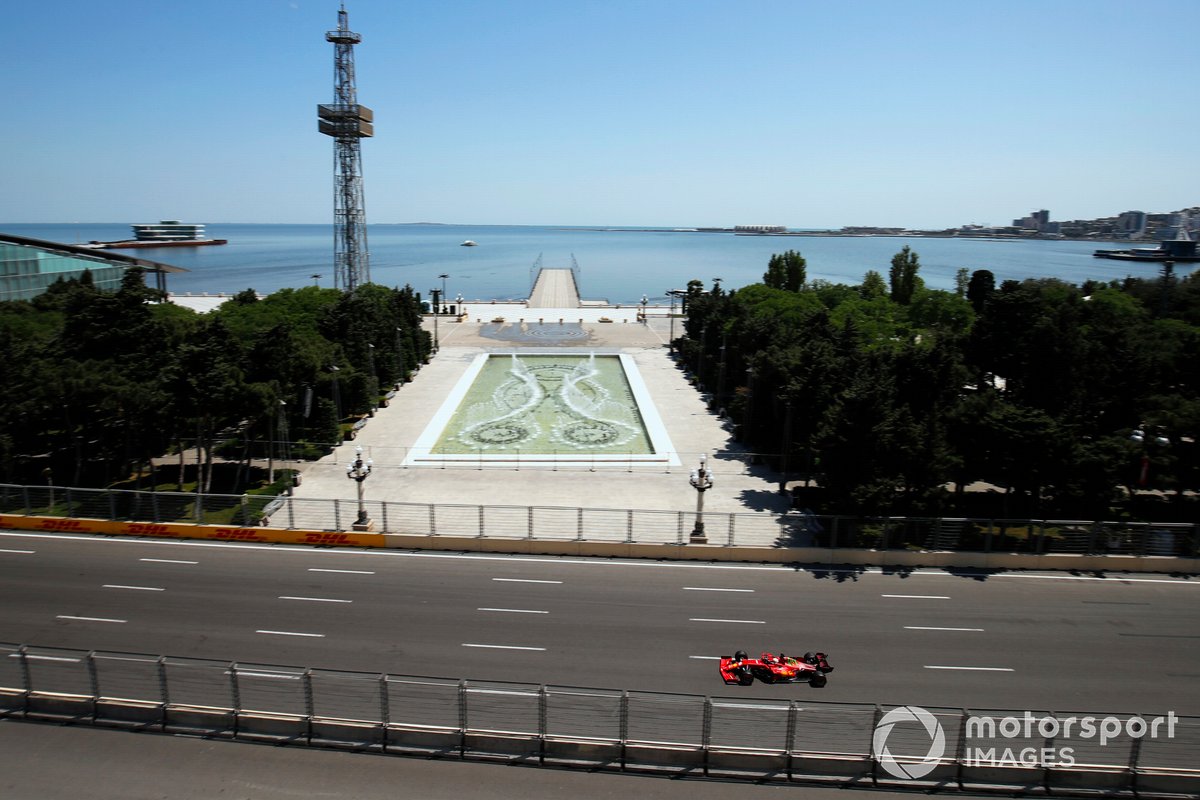 When asked how pleased he was to catch Hamilton and get the tow, Leclerc replied: “Yeah, definitely.

“I mean, it looked positive anyway. I think without the tow we would have been thereabouts, but this helped us a little bit.

“I saw that Lewis was having a prep lap so I tried to anticipate a little bit, more or less, the gap that I would need for him to give me the tow when he would start his lap.

After climbing from his SF21 in parc ferme once Q3 had been aborted, Leclerc called the lap that became the pole time “quite a shit” one because of errors he felt he had made.

Explaining what had happened, he said: “[In Turns] 4/5/6 I just got some snaps with the very high wind, and I just misjudged a little bit.

“[I] lost the rear in entry of Turn 4 and then Turn 6 and 7 the rear tyres were not in a good shape. But, yeah, at the end it was a decent lap anyway.”

Heading into Sunday’s race on a track where he won twice on the road in Formula 2 in 2017 (losing the sprint race win for a contentious yellow flag infringement and ending up second in the final results), Leclerc reckons “it’s going to be very difficult to keep the first place”.

He added: “Here in Baku it’s very easy to overtake, so yeah, it’s going to be tricky.”