Ferrari's Charles Leclerc had "zero idea where the limit of the track was" due to the setting sun late in the disrupted Melbourne Formula 1 qualifying, where he grabbed pole.

Leclerc was heard asking Ferrari to give him a new helmet fitted "the darkest visor you have" as the drivers struggled for visibility as the golden late-evening sunshine impacted their ability to see.

The issue arose because qualifying ran over 30 minutes deeper into the evening due to two lengthy red flag periods following the crash between Lance Stroll and Nicholas Latifi in Q1 and then Fernando Alonso's Q3 accident, while Alex Albon's post-Q1 stoppage also meant Q2's start was held up by a few minutes longer than planned.

Lewis Hamilton and Max Verstappen were also picked up complaining about the sun costing them visibility at the end of Q2, with Leclerc going on to beat the latter to pole in Melbourne.

Leclerc said that in Q2 "we just couldn't see anything" due to the low sun, after which he was able to make his requested visor change.

When asked by Autosport how much of a difference that switch had made, Leclerc - who was speaking in the post-qualifying press conference - replied: "Honestly, in Q2 my first lap I took a lot of risks there because I had no idea where the limit of the track was.

"You are just guessing a little bit and it's just with the rhythm of the weekend you know more or less that you need to turn 'here'.

"But I really had zero idea where the limit of the track was and it was very tricky.

"So then we went for a darker visor. I think the first run in Q3 there was some clouds around, so that was perfect. 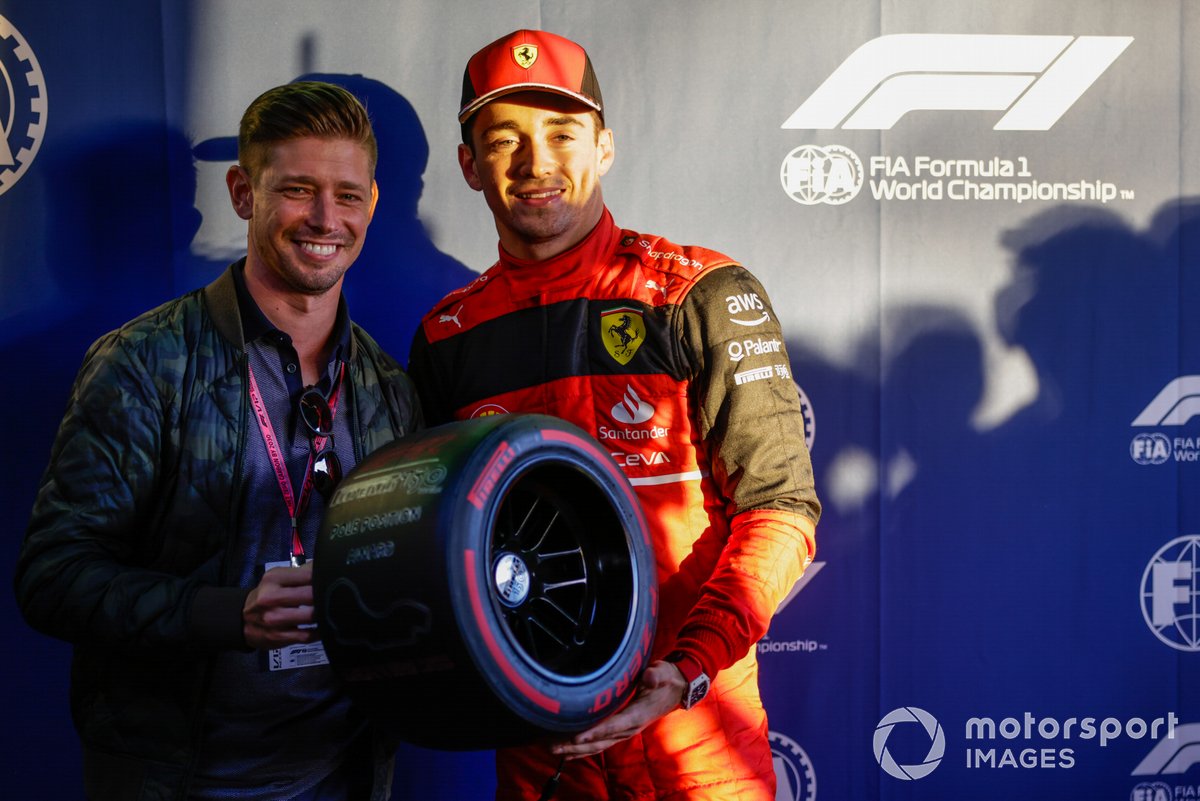 "And then for the last run in Q3, braking for Turn 1 was still very, very bad [with visibility].

"But I don't think we can do anything – even with the darkest visor it's still not enough and it would be too dark for the rest of the track where there were clouds.

"So, it's just a compromise that we have to find. But it's the same for everyone at the end.

"But it was definitely extremely tricky and the last sector also on the last Q3 lap I lost a little bit, but just because it was very difficult to see where I was."

Sergio Perez, who finished third behind Leclerc and Verstappen, stated that the "biggest thing" impacting his performance in qualifying "was the sun".

He added: "It was coming down a lot and getting darker, so we were playing with the visors quite a lot.

"On my first Q3 run, I was completely dark and there was no sun, so I went back and then there was a lot of sun. Didn't get it right [with] the visor."

Alonso: Fight for Australian GP pole was on before Alpine hydraulics problem