Charles Leclerc says a slow pitstop "cost us quite a bit" in his recovery drive to fifth place in the Formula 1 Canadian Grand Prix.

The Ferrari driver faced a fight through the pack having started 19th due to a grid penalty for an engine change, but made solid early progress until he got stuck behind Esteban Ocon around the midpoint.

As Leclerc went long on his first stint having started on the hard tyres, meaning he lacked pace at the end of the stint behind Ocon, a slow pitstop by the Ferrari mechanics held him for an extra three seconds, which dropped him behind a separate DRS train of four cars led by Lance Stroll.

That problem cost Leclerc several laps stuck behind slower cars, and despite benefitting from a late safety car triggered by Yuki Tsunoda's crash which led to the Monegasque catching and passing both Alpines, he had to settle for fifth place.

As a result, Leclerc was left annoyed by not making further progress due to DRS trains and slow pitstop which delayed his charge.

"In the very first part of the race, there was no problem with traction in general. It was just everyone had DRS so I couldn't do anything," Leclerc said.

"Then in the middle stint, there was quite a big problem of traction, but that was only because Esteban had new tyres and so out of Turn 10 that's where you need the tyres. He had much more grip than I did, so I struggled to follow him there and that was very frustrating.

"Then obviously we had the problem at the pitstop, which made our life much more difficult, because I got back four cars again with the DRS train and I had to be a bit more aggressive after that to come back. So yeah, considering all of this, P5 was the best." 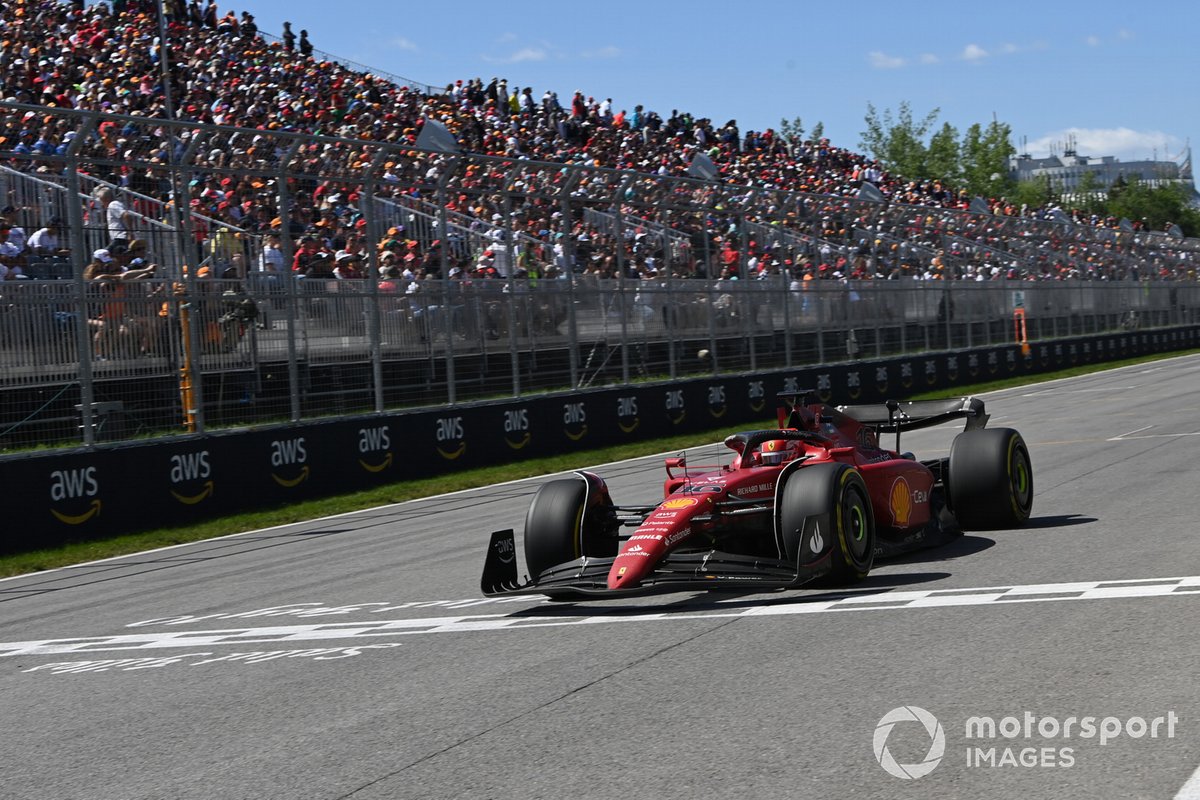 Leclerc feels without his trouble in the race he could have challenged both Mercedes drivers, with Lewis Hamilton finishing on the podium just ahead of team-mate George Russell in fourth.

"It would have changed quite a bit without those few things," he said about the problems in the race. "I think the thing about the middle stint, there was nothing we could have done better there, it was just the situation we found ourselves in.

"Obviously the pitstop cost us quite a bit today."

The Ferrari driver has slipped to 49 points behind Canadian GP winner Max Verstappen in the F1 drivers' standings, with Sergio Perez splitting the pair and is three points in front of Leclerc after his retirement in Montreal, but the Monegasque remains upbeat about taking the fight to the Red Bulls at the upcoming races.

"It motivates me because of course I know the pace is in the car," Leclerc said about the gap to Verstappen in the championship. "I'm not worried, I'm just extremely motivated to finally have a clean weekend and show that we are here and we are strong.

"So yeah, in Silverstone hopefully we can do that.

"We can see that obviously also Red Bull had a few problems today, so yeah, definitely reliability is going to be a big thing.

"But that's what we need whenever we have more difficult weekends like this weekend, just to go and take some good points and that's what we did today."