Charles Leclerc is refusing to get carried away with Ferrari’s pace-setting in Formula 1 practice for the Monaco Grand Prix, calling it “too good to believe”.

Ferrari turned heads with its performance on Thursday in Monaco as Leclerc headed up a 1-2 finish in FP2, edging out team-mate Carlos Sainz Jr by one-tenth of a second.

It marked Ferrari’s first 1-2 in any race weekend session since second practice for the Brazilian Grand Prix in 2019, and spoiled the expected dominance of Mercedes and Red Bull in Monaco.

Lewis Hamilton and Max Verstappen were both left surprised by Ferrari’s pace, but felt there was a genuine three-team fight brewing this weekend.

Leclerc felt he had left “still a bit of margin” through Thursday’s running, meaning Ferrari had more time to find, but was confident Mercedes and Red Bull would make bigger strides forward.

PLUS: Why Ferrari should be quietly confident it's really in the Monaco F1 mix

“I’m sure that Mercedes and Red Bull have more margin than we have,” Leclerc said.

“So we shouldn’t get carried away too much. We’ll have one day tomorrow to work hard, and then let’s see where we’ll end up.”

Asked if he felt as optimistic as the P1 time suggested Ferrari should be, Leclerc replied: “Not yet, I want to wait for Saturday for now.

“It’s looking good. For now it’s looking a bit too good to believe it. 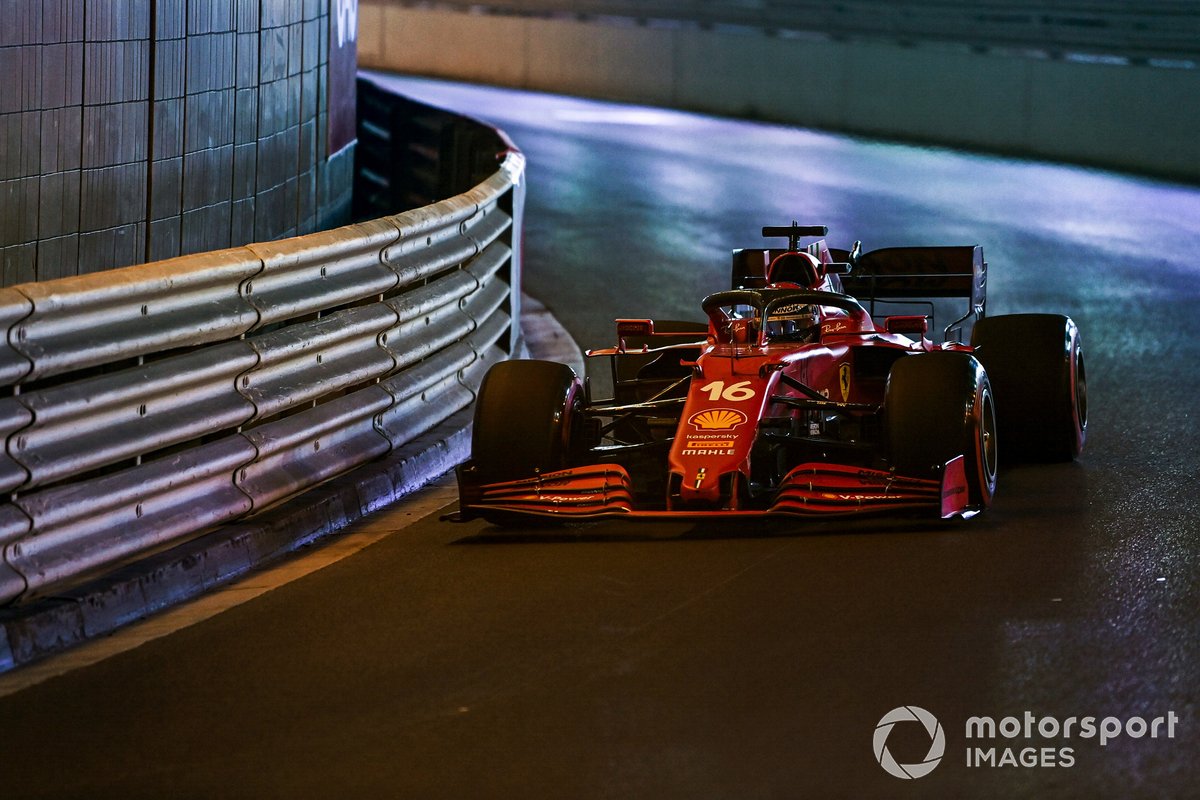 “So let’s wait and see. Saturday, we’ll know exactly where we are in qualifying, and we’ll go from there for the race.”

The surge to P1 left Leclerc surprised after he was forced to sit out most of first practice due to a gearbox issue, leaving him low on mileage for the day.

“I was quite surprised that it ended that way [in FP2], because Monaco, here especially, it’s quite important to do as many laps as we can,” Leclerc said.

“Unfortunately with the issue I had in FP1, I had only done four laps. But I felt quite at ease with the car in FP2, and managed to put that lap there.”

The difficulty of the Monaco street circuit meant Leclerc was unable to rely heavily on Sainz’s data gathered through FP1, but was able to quickly build his confidence back up in FP2.

“Honestly, on the driver’s side, for me, it’s nearly impossible to find references with what he’s doing, because at the end I don’t have my own references,” Leclerc explained.

“After the first run, I could compare a little bit with Carlos to see where I was lacking. And I just did that for the end of FP2.”