Charles Leclerc believes Ferrari needs to be braced for some "surprises" over the Monaco Formula 1 race weekend as it looks to end Red Bull's streak of victories.

Leclerc looked to be on course to win last Sunday in Spain after opening up a 16-second lead over the Red Bulls before being sidelined by failures on the turbocharger and MGU-H on his Ferrari power unit.

The setback saw Leclerc lose the lead of the F1 drivers' championship for the first time this season as Red Bull rival Max Verstappen scored his third successive win, putting him six points clear at the top of the standings.

But Ferrari has been tipped to go well around the streets of Monaco this weekend thanks to the strong low-speed performance of the F1-75 car so far this season. Red Bull has tended to excel more with its straight-line speed, something that is less important in Monaco.

Speaking on Thursday ahead of the race weekend, Leclerc said Ferrari had "a strong package everywhere" with its car, but was uncertain if the team was favourite to win in Monaco, believing there could be some surprise swings in the formbook.

"Whether we are favourites here, I don't know," Leclerc said.

"But I think that there will be surprises for this race, because as we've seen last year, our car was not that competitive over the course of the season. But we arrived in Monaco, and we had one of the strongest packages for this track.

"There might be some teams that we didn't think of that might be very competitive here, and that will surprise us.

"But I'm pretty sure that we'll be in the fight to win." 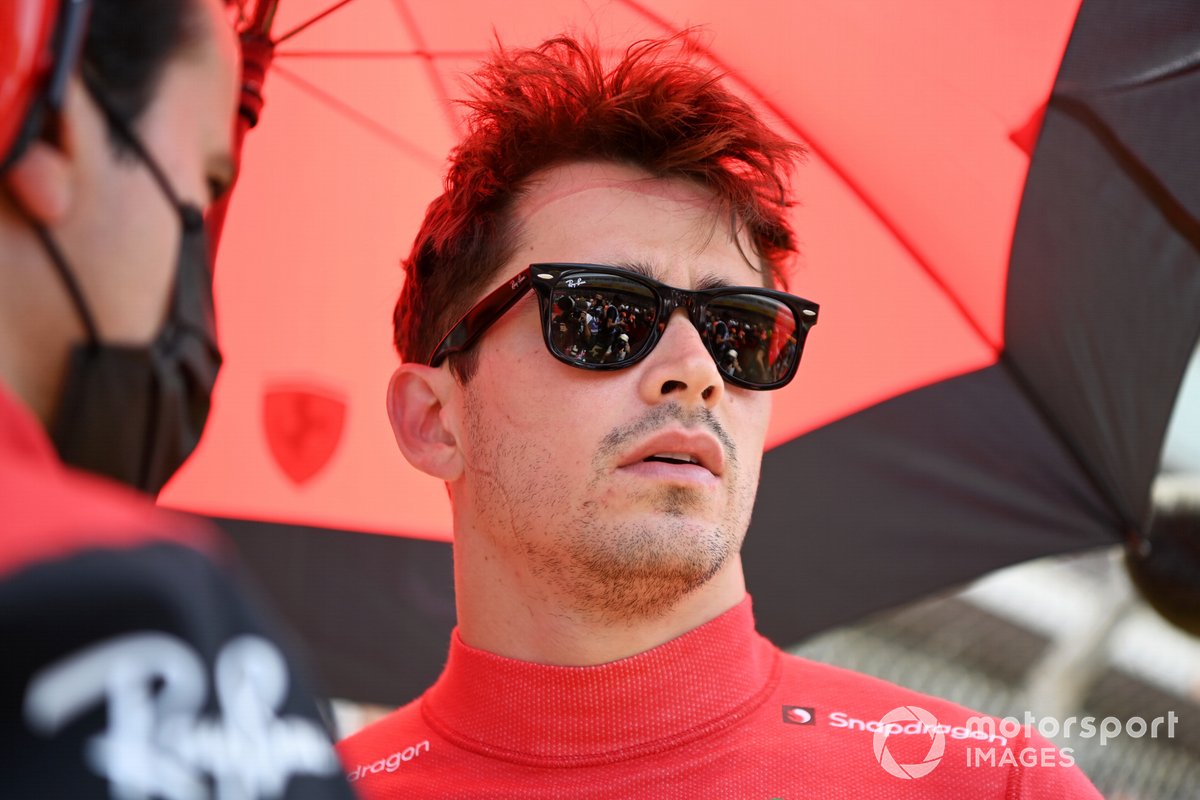 2021 saw Leclerc score a surprise pole position for Ferrari in Monaco, only to not take the start of the race due to the damage sustained to his car in a crash at the end of qualifying on Saturday.

The incident was the latest in a long line of luckless moments for Leclerc at his home circuit that stretch back through to his junior career.

Leclerc has still failed to ever finish a race in Monaco. A loose tyre forced him to retire from the F2 round in 2017 before a crash with Brendon Hartley brought his maiden F1 outing in the principality one year later to an early end when he was racing for Alfa Romeo.

Damage sustained after hitting the wall while trying to fight back through the field in 2019 also resulted in a DNF for Leclerc, who then failed to make the start of last year's race due to the damage sustained in qualifying.

Earlier this month, Leclerc crashed again at Monaco when driving Niki Lauda's classic Ferrari 312B3 when a brake disc failure caused him to go off at La Rascasse.

Asked by Autosport if his Monaco record weighed on his mind at all coming into this weekend, Leclerc replied: "No, it doesn't, I don't think about it.

"It's not been the luckiest track for me overall, but it's life. It happens. It's part of motorsports, and sometimes things just don't go your way, and hopefully this year will.

"But I'll just take the same approach as I've done in the first few races of 2022. Because it's been successful until now, and hopefully it will be successful here at home."