Although Sainz will start Sunday’s Paul Ricard race from the back of the grid due to his post-Austrian GP retirement engine change, Ferrari got the Spaniard to progress through to Q3 so he could help Leclerc in his battle with Red Bull's Max Verstappen for pole.

In the final qualifying segment, Sainz led Leclerc out of the pits each time.

After Leclerc had dropped back at the end of their outlaps to avoid dirty air from his team-mate’s car through the technical first sector, Sainz waited for him to get through the Mistral chicane before towing him through Signes and up to Le Beausset before pulling over just before the right-hander.

Although Leclerc led Verstappen by 0.008s after the first runs in Q3, he gained 0.2s compared to his previous personal best in the second sector on the 1m30.872s that secured pole.

Leclerc said this was because the first tow attempt had gone wrong as such tactics are “quite tricky to get it exactly right”.

“The first lap maybe we were a bit too close in [Turns] 8/9, so I lost a little bit there and I just drove not in the best way possible,” he said in the post-qualifying press conference.

“And then in the second lap we adapted that and then it was better and that was the lap [that got pole].

“We did a good job communication-wise and so Carlos helping me was amazing.”

When asked by Autosport if Ferrari had been able to practice its tow tactics before Q3, Leclerc confirmed: “No, we didn’t practice before Q3 actually.

“So, we did quite a good job between the first run of Q3 and the second run of Q3 – we did a good step in the right direction.” 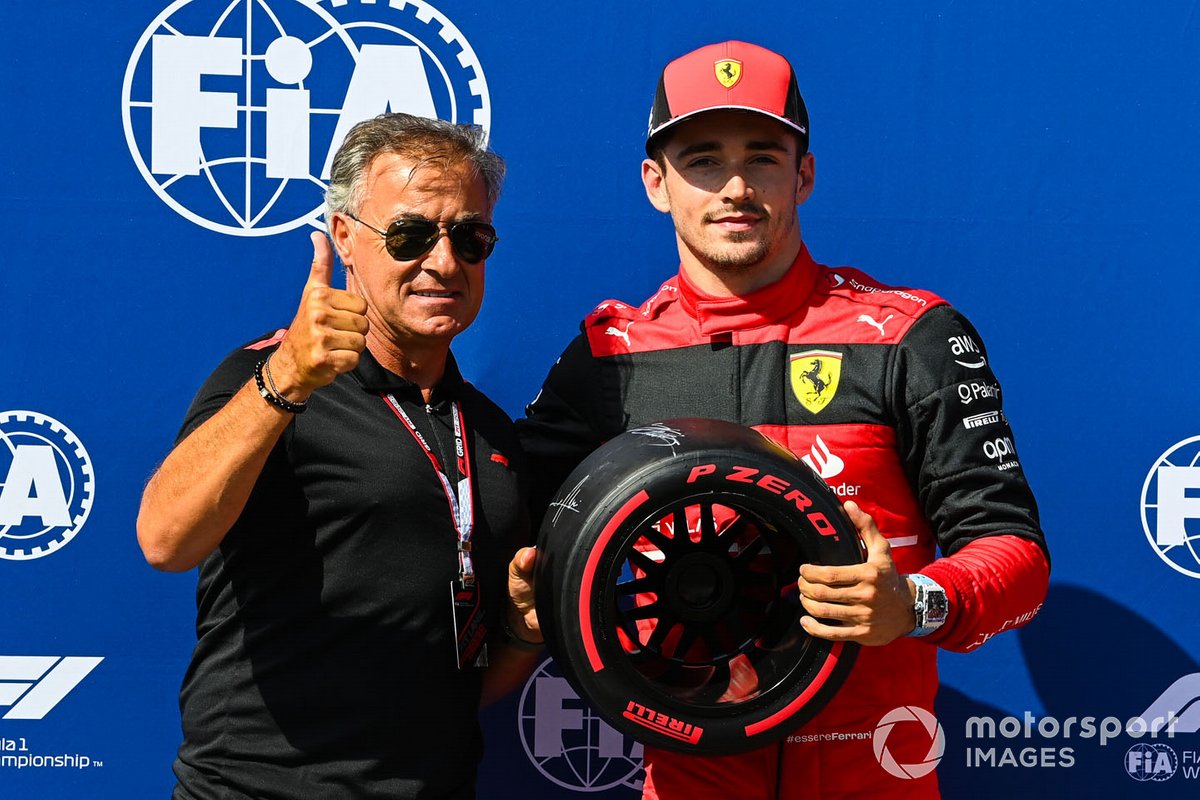 Sainz ended up ninth before his penalty will drop him to 19th for the race tomorrow, ahead of similarly penalty-addled Kevin Magnussen.

The Spaniard revealed after qualifying that Ferrari had always planned to use the tow tactics with his penalty in mind.

“The target was to get to Q3 to give Charles the tow two times as we did,” said Sainz. “So, it was the plan for the whole weekend.

“I know how to give a good two because I know what I need in my quali lap if I wanted to gain two, three tenths from a tow.

“So, I knew what to do from the beginning and I think we executed it nicely.”

Despite the plan being agreed upon in advance, Leclerc felt because it was unrehearsed he “knew that Carlos was going to eventually get out the way at one point, I just didn’t know when”.

He added: “But yeah, Carlos judged it perfectly and got out the way at the right moment.”

Verstappen ended up 0.304s behind Leclerc but did not feel Ferrari’s tow gain was the sole reason it got pole.

“No, we are both of course trying to get the best possible qualifying result,” he explained.

“It’s a bit different [for Ferrari] – Carlos is starting from the back, so I think it was a smart thing to do and probably if one of us had to start from the back something similar can happen as well.”