Ferrari had topped all three practice sessions at Hockenheim in the lead-up to qualifying, but Sebastian Vettel's SF90 was immediately halted in Q1 by a problem related to the airflow to the turbo.

Leclerc progressed into the final qualifying segment but did not take to the track as he was thwarted by a failure of the fuel pump driver module.

"In the car, I felt bad for Seb at first because [an issue with] only one car it's just a shame, but when we had the problem [too] it was even worse," Leclerc said.

"It's a very difficult day for the whole team. I've been here [before] in Baku when everything was sure of pole [before the crash], and these days happen.

"It's just very difficult that both cars are out, the team doesn't deserve it."

Leclerc had topped Q1 and was outpaced by eventual polesitter Lewis Hamilton in the second segment.

But the Ferrari driver believes he was a strong contender for pole.

"We were very quick," said Leclerc. "In Q2 we had to keep [managing] the tyres a little bit, so I was confident for Q3.

"Unfortunately, we don't have the laps [and the times] to show how quick we were. But I believe it was one of those opportunities [for pole]."

Team-mate Vettel described the failure that resigned him to the back of the grid for his home race as "very painful". 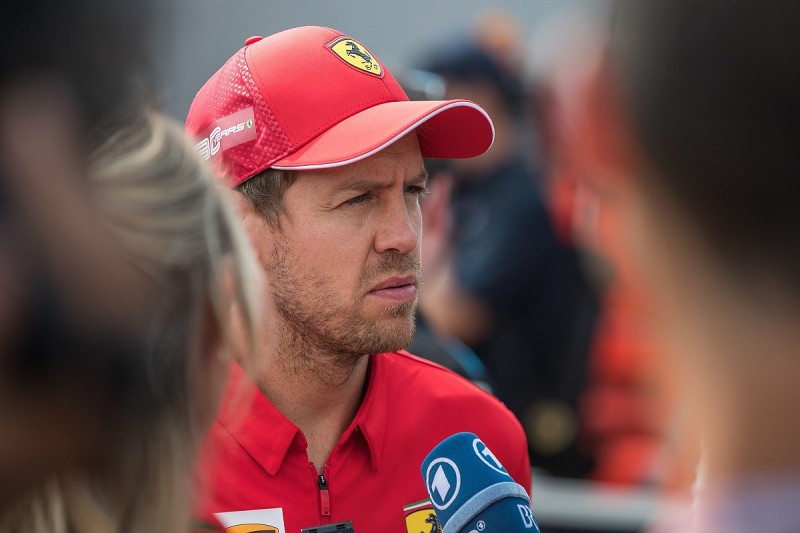 "I'm pretty empty really, very bitter and disappointed, especially here, [and] especially as the car was good," he said.

"I had a good feeling yesterday, better this morning, but didn't put everything together, so I thought we had a really good chance.

"You never know but I think yes [pole was possible]. The car was good and we did some changes, so it should have been great for this afternoon but it just wasn't meant to be."

Team principal Mattia Binotto said neither technical issue will cause any penalties ahead of the race.

"No doubt that we are very disappointed because we got a good performance today," said Binotto.

"But [I'm] disappointed even more, because those things should not happen, it's a shame for our drivers and both of them I think could have done a very good qualifying today," he said.

Leclerc said he plans to be aggressive on Sunday to make his Ferrari crew "happy again".

"This is part of racing sometimes and these moments we need to be strong, the team needs to be strong," said Leclerc.

"They need to keep smiling, with confidence tomorrow I'm sure we can do great things.

"We have a good car, it's not going to be an easy day but I will give them something to smile about."