Verstappen charged to victory in the sprint race at the Red Bull Ring on Saturday after opening an early gap over the pursuing Leclerc and Sainz.

The Dutchman had been given extra breathing space to control his pace at the front after Leclerc and Sainz compromised their pace by an intense fight for second place in the early laps.

After a close battle between the pair at Turn 4 resulted in Sainz losing ground and the DRS, Leclerc was able to run in clear air in his pursuit of Verstappen.

But with Verstappen nearly three seconds up the road at that point, there was little hope of the Monegasque driver being able to overhaul his championship rival.

With tiny margins making a difference between the evenly-matched Red Bull and Ferrari, Leclerc was clear that losing time fighting Sainz and allowing Verstappen to escape could not happen again.

“I think tomorrow is going to be a long race, and tyre management will be quite a bit more important compared to today,” he said. “So probably tomorrow we cannot afford to do what we did today.”

But despite his clear irritation at losing time in the fight with Verstappen, Leclerc did not think that the time lost battling Sainz cost him the victory.

“Whether this was enough to get the win? I don't think so, because Max was also managing the tyres once he had the gap,” he said.

“So we'll never know what will have happened. But yeah, the work today. It's the way it is.” 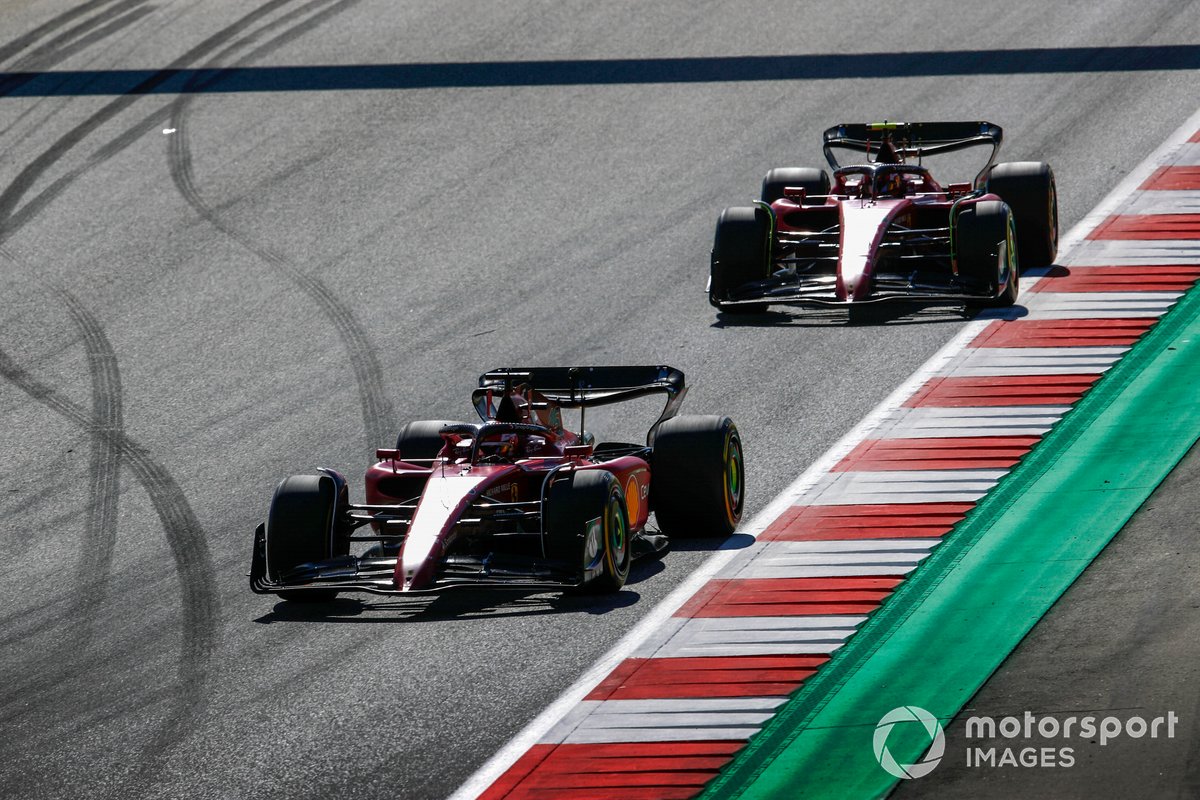 Sainz played down the fight between himself and his team-mate, suggesting that ultimately they were contesting very little.

“I think today there was very little to gain or to lose by the fighting,” he said.

“We're talking about one point more one point less, because the sprint, there's not many points going on. And also Max looked very in control the whole race up front. So it's not like we lost out basically.”

Both drivers were clear that a decision about battling or not was down to team principal Mattia Binotto.

Asked about the needs for clear battle lines, Leclerc said: “Yeah, I don't know for the rules of engagement. Obviously we are we are not the one to decide. It will be more Mattia.”

Sainz added: “Mattia will decide and the team, but it's not like we lost a lot and it didn't look like Max was panicking too much upfront with the pace.