Both Leclerc and team-mate Carlos Sainz have experienced a lack of power at the high-altitude circuit, with some rivals suspecting that the team may have detuned its power units in a search for reliability.

Earlier this year, Sainz suffered a fiery engine failure at the Red Bull Ring, another venue where altitude is an issue, and a non-finish in Mexico could be costly in the team’s battle for second place in the championship.

Leclerc suffered more than his team-mate on Saturday, and he also had a DRS issue on the back straight in his final run in Q3, leaving him only seventh on the grid. Telemetry indicated to the pit that the DRS had operated correctly, but the aero engineers could see that Leclerc still had full load.

Leclerc’s weekend had already been compromised by a heavy crash in FP2, which damaged his gearbox.

“There was something strange or wrong with the engine,” he said when asked by Autosport about his qualifying session. “I was losing quite a lot of time down the straights from FP3 to Q3, not compared to the Red Bull or Mercedes because this has been the case since day one, and we knew it.

“There was something strange. And also the engine was not really responding to the throttle input I was having in the high speed.

“So I really hope we can fix those issues for tomorrow. Otherwise, it's going to be an extremely difficult race to be to be consistent.” 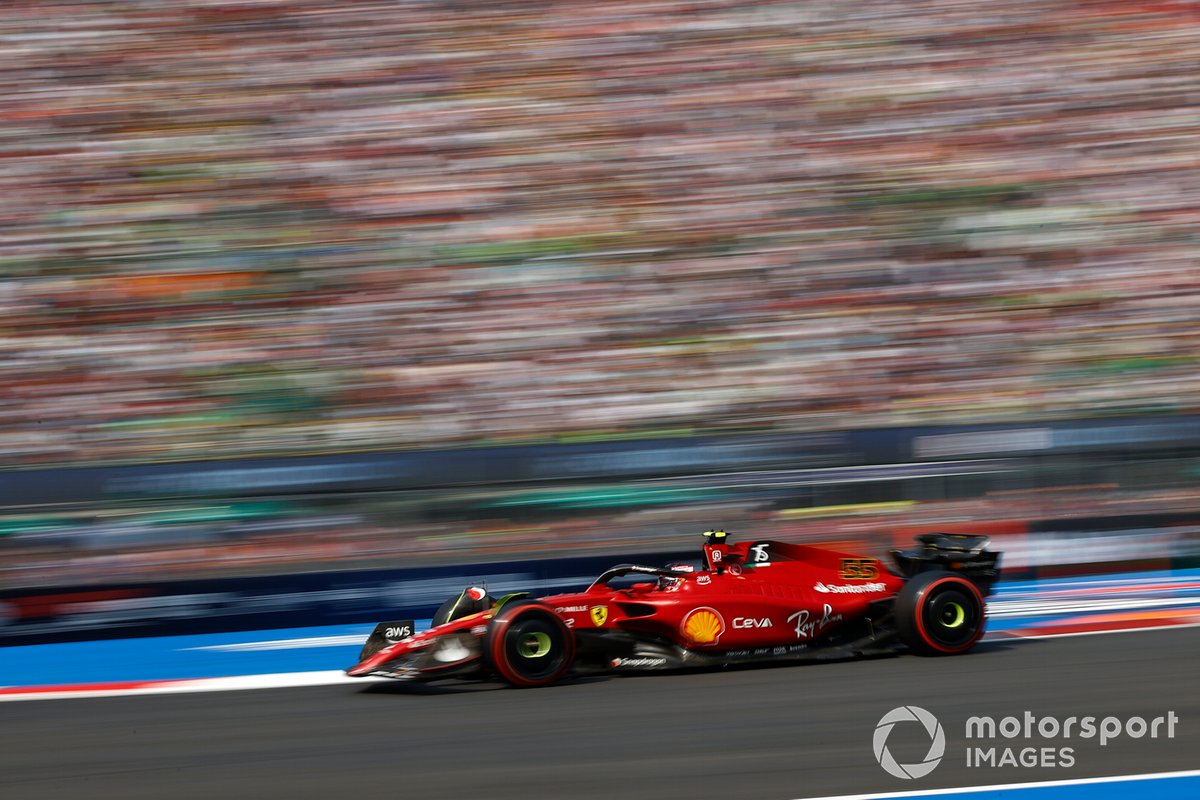 Both Ferraris looked tricky in the high-speed corners, but Leclerc admitted that it was hard for him to judge: “It's very difficult to comment on the balance, because there was really a lot of inconsistency in the high-speed and it would not do exactly what I wanted with the engine.

“So I will get surprised, and then get a snap. So yeah, it's difficult to compare the balance because it felt quite good when the engine was responding to what I was doing. But it was just very inconsistent.”

He added: “It was quite tricky on the kerbs. Unfortunately also on the bumps there were things that were happening that were very weird.”

Sainz, who qualified in fifth, indicated that he felt that, unusually, the Ferrari will be stronger in Sunday’s race than it was in qualifying. However, Leclerc was not so optimistic.

“Again, unfortunately, I cannot comment on my side. If I still have the same issues, then the race will be a nightmare. So I hope we can fix that.”

Leclerc insisted that his engine problem wasn’t just down to the circuit’s altitude: “This this is the case since the beginning of FP1, with the altitude, you lose a bit of performance.

“And Red Bull and Mercedes seems to be stronger than that for the whole weekend. But for me FP3 and qualifying, there was something more specific that I don't know yet what the problem was.”

Alonso: We need to stop putting F1 fans against each other on social media