Charles Leclerc says his surprise pole at the Azerbaijan Grand Prix followed "quite a shit lap" as the Ferrari Formula 1 driver benefitted from a late red flag.

Leclerc led the first barrage of flying laps in the Q3 pole shootout on the Baku Street Circuit in what had already been a disjointed session with several stoppages.

A last-minute red flag, caused by AlphaTauri driver Yuki Tsunoda's Turn 3 smash, prevented drivers from completing a second flying lap, meaning the order of the first set of laps also proved to be the final result.

The red flag notably hindered pole favourite Max Verstappen, who had to settle for third on the grid behind Leclerc and Lewis Hamilton.

But it greatly aided Leclerc, who took a second consecutive pole this season, both helped by a red flag.

Afterwards, Leclerc admitted his pole lap was far from perfect but was surprised Ferrari could maintain its performance level from Monaco on a track less suited to its SF21 car.

"It was quite a shit lap, I thought," Leclerc bluntly admitted.

"There were two or three corners where I made mistakes, but then of course I had the big tow from Lewis in the last sector, which helped me a little bit.

"But overall I think we would have been thereabouts for pole anyway without the slipstream, so it's a good day. 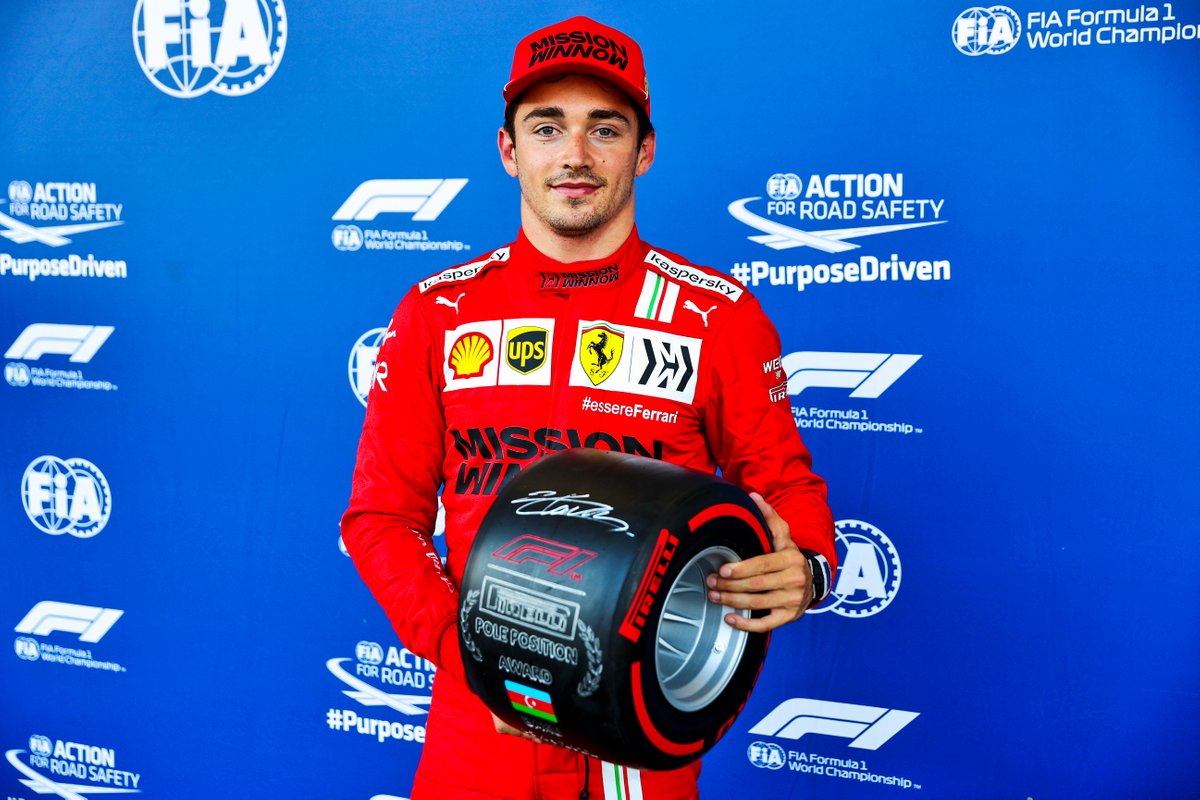 "I did not expect to be as competitive as we were today. I think I was improving again with the red flag, but I'm happy anyway and hopefully it's all good for Carlos, I haven't seen the crash.

"Definitely it feels very good, on the other hand it is with a red flag again so I wish we had it on a normal track, but in the end a pole is a pole."

Two weeks ago Leclerc caused the late red flag himself and an undiagnosed driveshaft issue, the result of his Swimming Pool shunt, would ultimately prevent him from starting the Monaco Grand Prix.

On Sunday, Leclerc will get to start from pole after all, but Baku's long straights will make his quest to take a first win since the 2019 Italian Grand Prix a lot harder than it would have been in Monaco.

"The car felt okay but I believe Mercedes and Red Bull have something more than we have in the race especially, we've seen that in FP2," Leclerc explained.

"So, it's going to be very difficult because here is not like Monaco, they can overtake, so I'll try to do the best job possible.

"Hopefully we can keep the first place, but it's not going to be an easy one."