Charles Leclerc has admitted that his victory in Formula 1’s Austrian Grand Prix was "needed", after a recent run of difficulties for him and Ferrari.

The Monegasque driver took his first win since April’s Australian Grand Prix at the Red Bull Ring on Sunday, with better tyre management on his F1-75 allowing him to overtake and beat pole position man Max Verstappen.

The triumph was especially significant because it came off the back of what Leclerc has labelled a ‘disaster’ sequence of races where Ferrari had thrown away opportunities to take more wins.

Engine failures while leading in Spain and Azerbaijan cost him victories there, while strategy errors in Monaco and Britain robbed him of the chance of finishing in front again.

Aware of Leclerc’s growing disappointment about the way the early-season momentum of his championship challenge had faded, Ferrari team principal Mattia Binotto flew to Monaco last week for a private dinner with the driver to talk through things.

So having finally delivered on the clear potential in the Ferrari, Leclerc made no bones about how crucial it was for him to be back on the top step.

“I definitely needed it,” he said. “I mean, of course, whenever I get to a new race, since five races, I have a smile on my face and I kept being optimistic, but obviously [with] hard race after hard race, it just felt like everything was against me.

“So, finally we had a breakthrough good race and it really feels good to have a win again.” 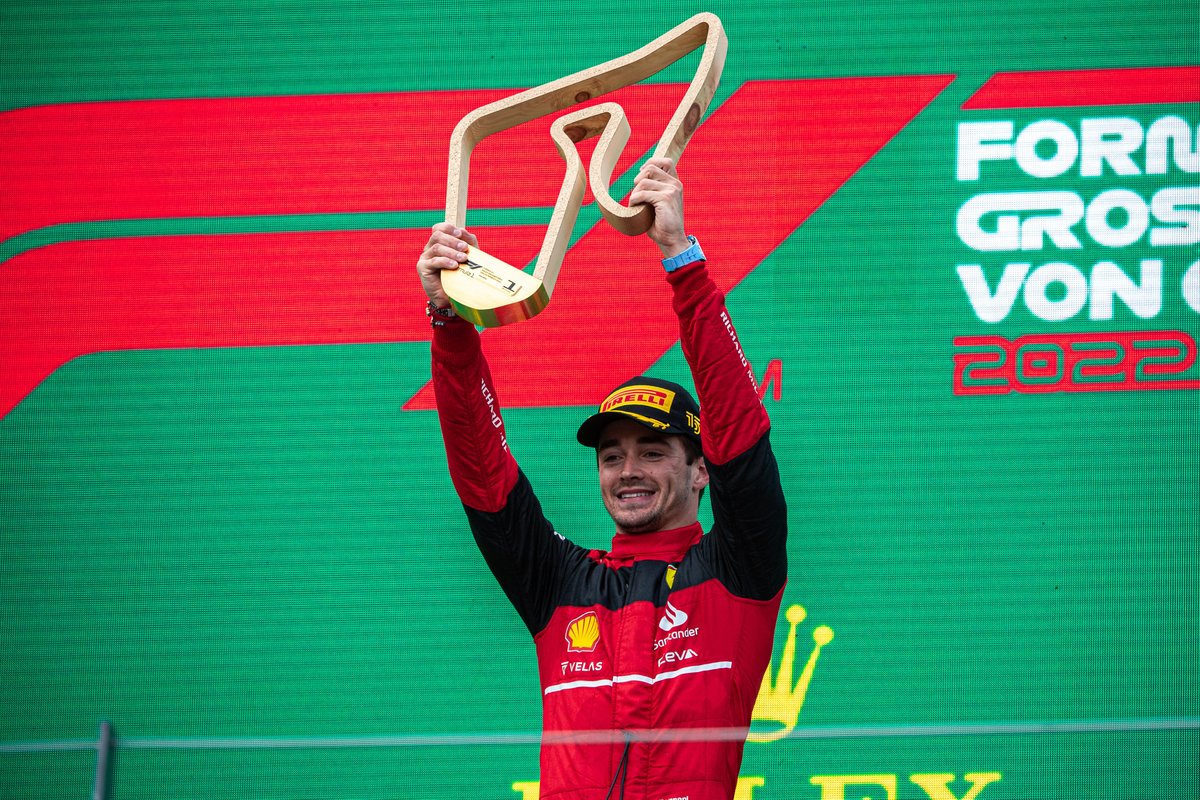 Leclerc said the biggest surprise for him about the Austria performance was not the ultimate pace of the Ferrari, but just how much the relative performance to Red Bull swung around following Verstappen’s sprint race win on Saturday.

“It's been the first time where we were actually quite a bit quicker. So it is not a surprise because we've been working very hard. But probably the surprise is coming from Saturday to Sunday, because [in the sprint] Red Bull seemed to be very strong too.

“But [in the grand prix] we seem to have picked up a bit more pace compared to them. So yeah, it's a good surprise though.”

Leclerc reckons that Ferrari’s chief problem so far this year has not been the pace of the car, but in converting its potential in to success.

“We got a package in Barcelona and then we had another upgrade in Silverstone, and it always went in the right way,” he said.

“I think the performance has been great since Australia, apart from Miami, maybe, where we were a little bit down compared to Red Bull.

“It's been strong in the last five races, but we just couldn't put everything together. So yeah, it's great that we are now finally having a normal race on my side.”