Nicholas Latifi didn't know that he had collided with Formula 1 rival Nikita Mazepin until he saw a TV replay of their first lap crash at the Emilia Romagna Grand Prix.

The Canadian had spun off the track at Acque Minerali on the opening lap at Imola but managed to get going again.

However, as he resumed on the run to the Variante Alta, he tagged Mazepin's front left wheel and was spun around into the wall before the chicane.

Reflecting on the incident, Latifi said that he wasn't aware that his Haas competitor was alongside him.

"When I came back on, I was staying to the left side as much as I could," said the Williams driver. "I thought that I was the last car as I saw [Sebastian] Vettel go by me and, to be honest. I didn't even see Nikita.

"Anyway there was spray and looking back at the video he would have been right in my blind spot anyway. But I was not aware he was there.

"So I actually [saw the video] not until quite a lot after the incident since I was in the Medical Centre for quite a long time, which actually just was a thing with the paper work.

"I [originally] thought I just got a bit of wheel spin and spun off because of that. So I was not aware of any contact with Nikita until quite a long time afterwards." 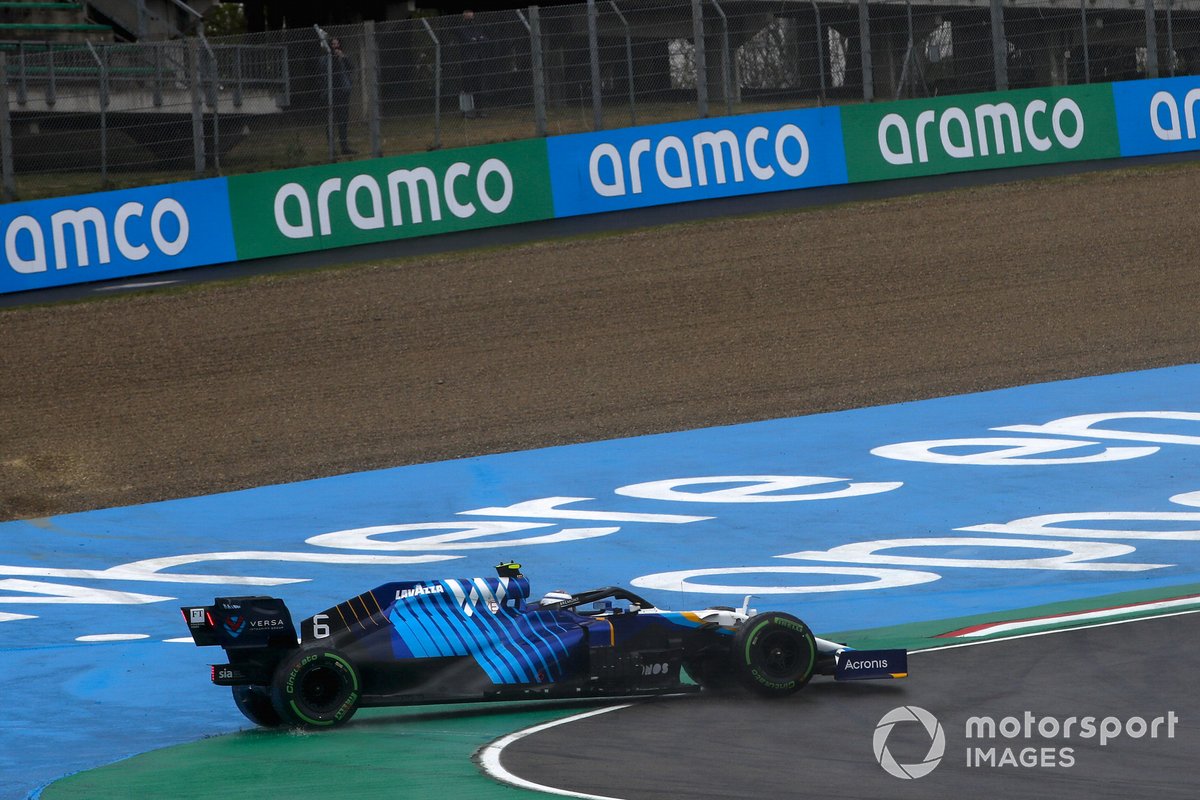 Mazepin reckoned after the race that Latifi had not been aware he was alongside him – having spotted the Williams driver coming back on ahead of him.

"He had an issue with locking up into Turn 13," explained the Russian. "He went off, he lost three places, and came back.

"I was the car that he came back with side by side, and there was just not enough space for me. I don't think he was aware of me, because I think he thought that all the cars passed him.

"But then I was there and I just couldn't move any further. It was very fortunate that I was able to finish the race."

Latifi's early exit at Imola came after an encouraging weekend where he had shown a promising step forward in performance.

"It was very frustrating. Unfortunate," he said.

"There were going to be some opportunities. Obviously very, very difficult conditions and actually frustrated with myself that I didn't even get to participate in the race and see what could have been possible.

"But that's how racing goes sometimes."