Daniil Kvyat thinks he still has a lot more to offer in Formula 1, especially as he feels only now he is fully capable of delivering for a top team

The Russian looks set to sit on the sidelines in 2021, after AlphaTauri elected to replace him with F2 frontrunner Yuki Tsunoda for next year.

Kvyat is open to taking a reserve driver role as a stopgap, prior to focusing on landing a full-time F1 return in 2022, and he feels that the experience he now has in F1 after his two spells in the championship makes him a viable candidate for a lot of teams.

"Ideally 2022 would be the logical year to come back, because there are new regulations and teams need experience," explained Kvyat.

"I can assure you that experience is actually quite important, especially when new regulations come in to play. I will be doing my best to come back, because I feel like I have a lot to give to the sport."

Kvyat feels he showed well against team-mate Pierre Gasly this year once the car had been adjusted to suit him better, although concedes that the events of Monza gave a different impression of their rivalry across the season.

"Of course his win overshadowed anything good I did this year, but it's normal," he said. "He did a fantastic race, but all in all I feel like I'm a lot more complete driver now.

"And even when the pressure is very high around me and my future, I'm still able to perform at 100%, which in the past has been a bit of a problem for me." 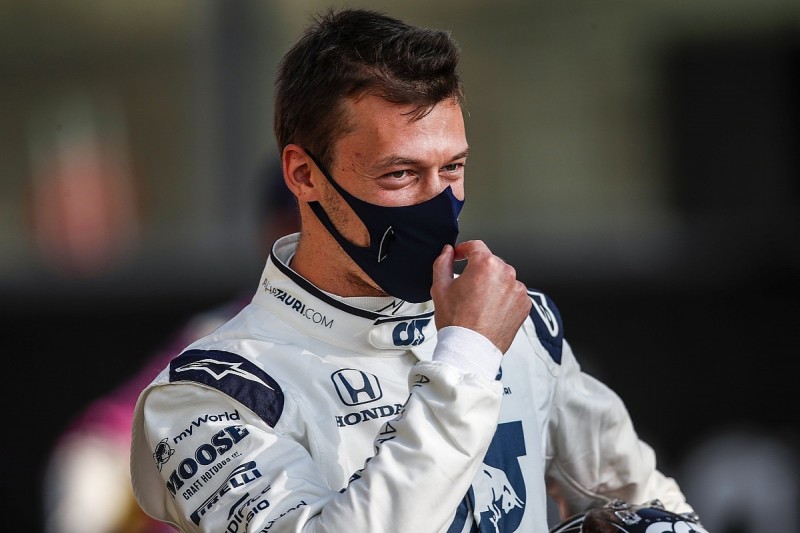 Kvyat feels that only now has he been able to deliver to his full potential, after admitting that his career had moved forward too quickly when he was younger.

"I think my career in F1 was extremely fast, like everything happened so fast sometimes," he said.

"After my first stint in F1, I didn't even understand really what happened. I came after GP3, so I missed the step before Formula 1. I went to Toro Rosso, had a strong year in Toro Rosso at the time and then immediately got promoted to Red Bull after one year.

"Then I also had a strong season with Red Bull there [before] we all know what happened. Then I had a couple of tough years.

"I think I always lacked a bit of experience in F1 actually, because everything happened so fast. And when I came back last year in 2019, I just took a very different approach.

"It's not that I forgot everything that I've been doing before, I just started from a very fresh page in a way: a bit like a rookie again. But I managed to learn new things and also this year I managed to feel a lot of progress.

"I'm a lot more complete only in these last two years in Formula 1, and only now I feel like I'm ready to drive always at a high level. And also, if the opportunity would come with a top team now, it would be a different story."

Why Albon's F1 dream isn't all over