Daniil Kvyat sees “no obstacles” to an eventual return to Formula 1, despite the ongoing issues over Russian drivers in the wake of the country’s invasion of Ukraine.

Kvyat, who made his NASCAR debut at Indianapolis in July, visited the Monza paddock last weekend.

At 28, he remains a credible candidate for a future F1 drive, but only if he can overcome the issues associated with his nationality.

In essence he would have to sign an FIA commitment and race under a neutral flag and not show support for Russia in any way, as per the decision made by the World Motor Sport Council in March. It’s also understood that he may be able to race under an Italian licence.

Whether any F1 team would be willing to associate itself with a driver who hitherto has raced as a Russian is another matter.

Kvyat started 110 Grands Prix between 2014 and 2020 for the two Red Bull-backed teams, and he spent the 2018 season as Ferrari’s reserve driver.

His last F1 role was Alpine’s reserve in 2021, and he also took part in three days of Pirelli tyre testing for the Enstone outfit.

Kvyat visited the team’s hospitality building at Monza, and while it was mainly a social call to see former colleagues, he also met with team principal Otmar Szafnauer. However, Alpine has indicated that he is not under consideration for the seat vacated by Fernando Alonso. 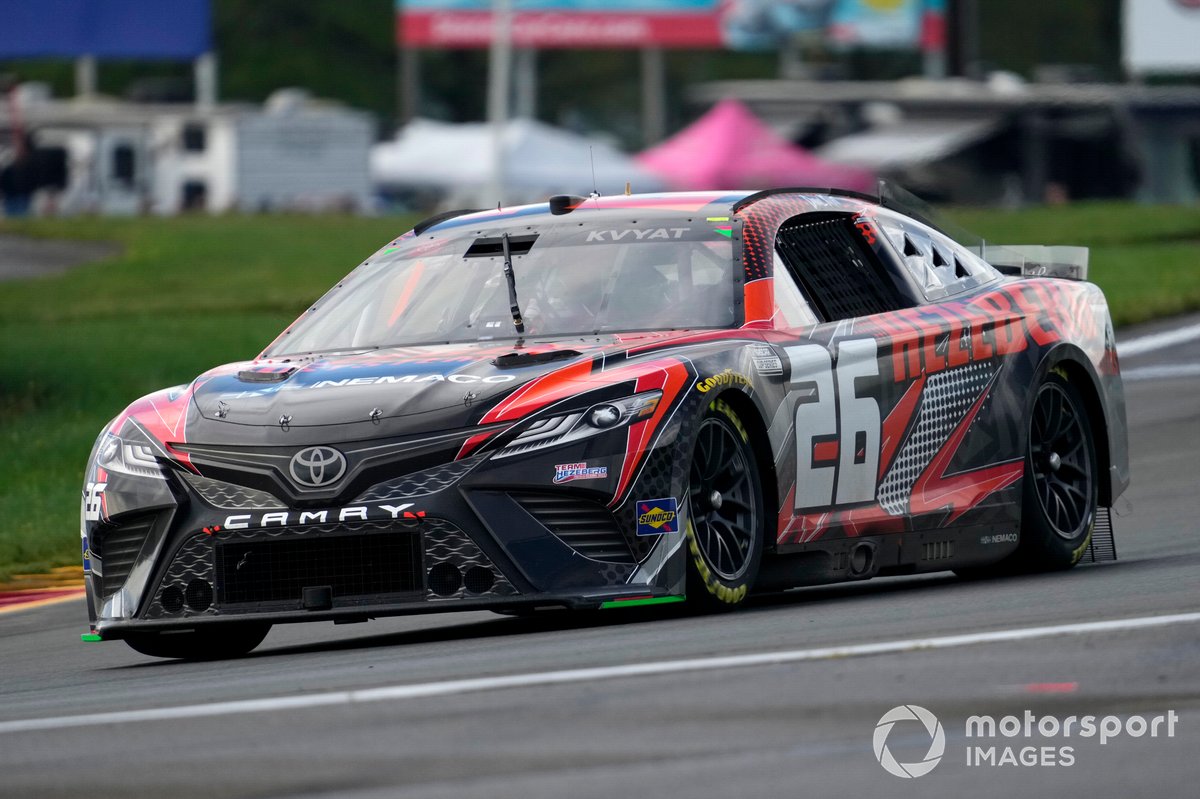 Nevertheless Kvyat insists that he hasn’t ruled out a possible future return to F1.

“I think you never say never,” he told Autosport. “But at the moment of course the timing, let's say, is not ideal for that, perhaps. Hopefully one day we can talk about it again. Right now I am racing in NASCAR, I'm welcome there. Didn't have any issues, really. We plan to do some more races this year.

“I'm happy. I always wanted to try myself in NASCAR, as you know, I've been mentioning this, in a way a little dream came true. Of course, to get really on top there, it might take time, but I'm patient, and careers in NASCAR can be really long, if you build it right. I'm curious to see how far I could go there.

“And of course, F1 as always has a special place in my heart. And who knows, hopefully, one day, we can talk about it again, I'm still young. As some people show you can come back after a little break and still do well.”

Kyvat insisted that he can overcome any issues associated with his nationality and race in a European-based championship.

“I am open. And I think also here in Europe, in the USA I have green lights from most categories. So there was some period where everything was very tense, of course. Now it's less tense. But it unfortunately threw back a bit the progress of negotiations.

“So now again I'm open to start negotiations and see what can come out of it for 2023. So luckily, there are some options. And yeah, I am open, there are no obstacles in that respect, if you ask me.

“People have my number, people know how to find me. I'm wearing this [business] suit now. I can swap it for a racing suit. And I'll be ready to go. F1 is the easiest thing for me to do, to jump in an F1 car, and it's much harder to jump in a NASCAR car with four laps of free practice and race those guys.”

“I rate him very highly,” said Kvyat of Todt. “Of course, I like working with him. It's not easy for him, it's not like he can click his fingers and make things happen, it's many details, and having him on the side certainly helps.

“I also have my own contacts, this also helps, I established very good personal relationships here with all the people. But like I said, the timing is a crucial thing here. Sometimes many things on paper can point out one thing, but maybe in reality things are a bit different.”

Fernando Alonso believes a new floor being introduced in Singapore will give Alpine a boost in its Formula 1 battle with McLaren, saying the team 'need every step' it can take.