Last weekend at Hockenheim was Kubica's first wet-weather F1 start in nine years and he likened the experience to his time in rallying.

After an accident in the Ronde di Andora rally in February 2011 left Kubica with a partially severed right arm, he took time out of racing to recuperate before returning to action in a rally car.

"I forgot how much spray there is and how visibility is poor [in wet F1 races]," Kubica said.

"I did night stages in rally cars with fog. And when you're switching off the lights because they're not helping in the fog with the night [conditions], it's crazy, but you can at least see and have pace notes, so you know where you are.

"Here, especially the first lap, it wasn't easy and I didn't know where I was.

The last wet grand prix Kubica contested was the inaugural Korean event in 2010, which he finished fifth after starting eighth for Renault. 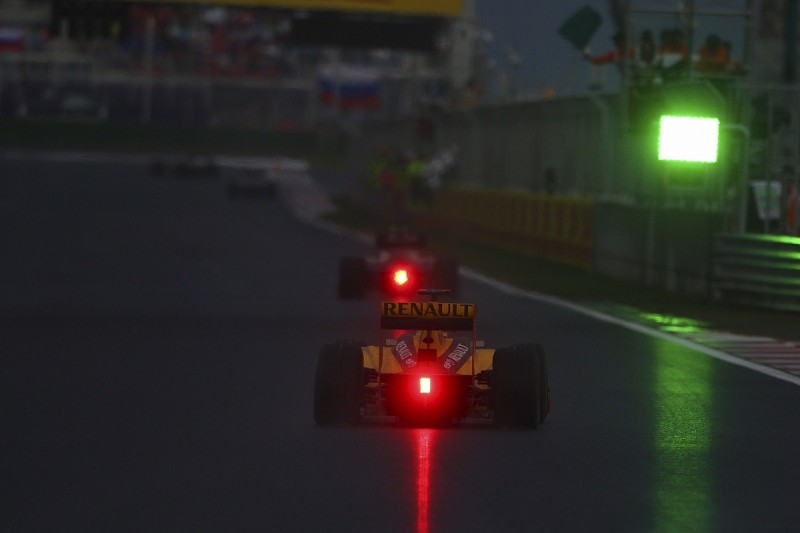 That race was red-flagged for 45 minutes after a rolling start and three laps behind the safety car.

When it was restarted behind the safety car again, the field completed 14 laps before conditions were deemed suitable for racing.

Complaints that rolling starts behind the safety car made for dull racing prompted the FIA to introduce a new wet-weather starting procedure for the 2018 season, though it had not been required until last weekend at Hockenheim.

Now the field completes several formation laps behind the safety car to clear spray and familiarise the drivers with the conditions, then lines up for a standing start when race control deems it safe to do so.

"All in all, it was a valuable experience and for sure, nine years is a long time," said Kubica.

"But still I think in these conditions it's a lot about keeping your head down and staying calm.

"A lot of cars were faster than us, or most of them, but still you have to drive to your limits and not what you see around you."

Ferrari is nothing but a shambles right now