Leclerc leads the F2 drivers' standings by 50 points after seven rounds and topped the times on day one of the Hungaroring test when he drove for Ferrari.

He joined the Ferrari Driver Academy in 2016 and said last month that being able to observe Sebastian Vettel and Raikkonen had been a "a massive help".

"It's good if he's happy with the whole team helping him," said Raikkonen.

"It's always tricky to come and drive a different car than you're used to.

"But he has time on his side, he's shown good progress and for sure in the future he will do good things."

Leclerc has been linked with a drive at Sauber next season, with Ferrari president Sergio Marchionne keen to find a place for him and fellow junior Antonio Giovinazzi in F1.

Both of their chances increased when Marchionne revealed Ferrari is considering turning Sauber into a junior team to aid the progress of its young drivers.

"Obviously as I said I need to impress as many people as I can and I will give my best to do that," said Leclerc.

"Then if I have an opportunity at the end of the year I will grab it with two hands but for now I am just focusing on Formula 2." 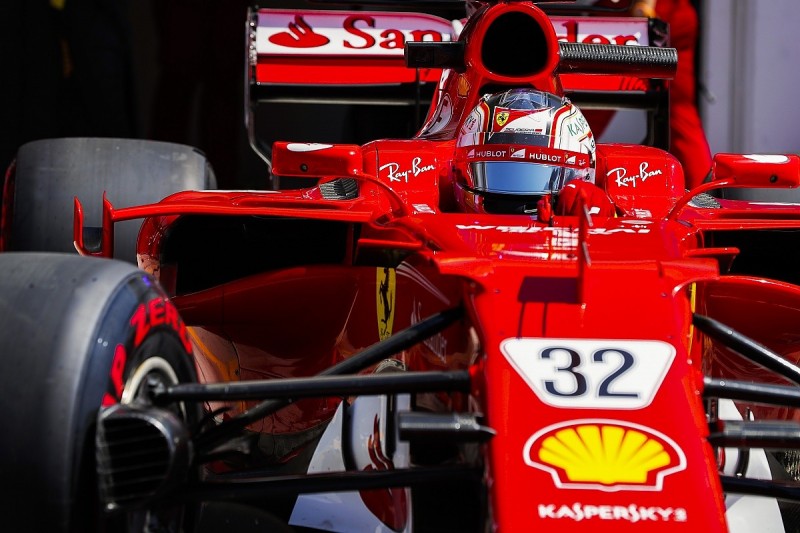 Leclerc clocked up 98 laps - more than a Hungarian Grand Prix race distance - during the test, edging out Stoffel Vandoorne by 0.088s to top the times on day one.

His time of 1m17.124s on the softs was 0.622 seconds slower than Vettel managed the following day, although the latter was running on super-softs when he set his best time.

"I'm satisfied," said Leclerc. "It's always important to impress anybody.

"But to be honest it wasn't really the main goal [at the test].

"The main goal was to get mileage in the car, try to do the best job I could for them and I hope they have seen some good bits about me."

Kubica's road to recovery in his own words