Raikkonen finished Friday third quickest Suzuka, just over three tenths of a second behind the two Mercedes and half a second clear of Max Verstappen's Red Bull and the second Ferrari of Sebastian Vettel behind.

But Raikkonen was far from happy with his car overall, even declaring over the radio that it felt like it had no front wing at one stage as he battled understeer.

"The balance, and the feeling, is not where we want it to be," said Raikkonen.

"I struggled a lot with the understeer and fighting with the car, especially in the first part of the circuit, and it just doesn't feel nice.

"It got a bit better in the end, so if we get the feeling and the car working as we want there's a lot of lap time [to be gained]. We can go quite a bit faster.

"It wasn't a disaster lap-time wise - I'm a bit surprised with the lap time. Hopefully we can work on all the small things and improve the feeling a bit."

Last week's Malaysian GP winner Daniel Ricciardo was down in 12th, having had to abort his quick lap on soft tyres due to a virtual safety car period sparked by Esteban Gutierrez's Haas parking with a turbo failure.

With rain forecast over the weekend, notably for qualifying, Ricciardo feels he and his Red Bull team can leapfrog Ferrari and challenge Mercedes.

Ricciardo said: "I don't think it [rain] hurts us.

"We normally are good in the wet, and it might help us get a front row.

"We'll see, but I'm ready. I do like this place, in both conditions, so we'll do what we can. 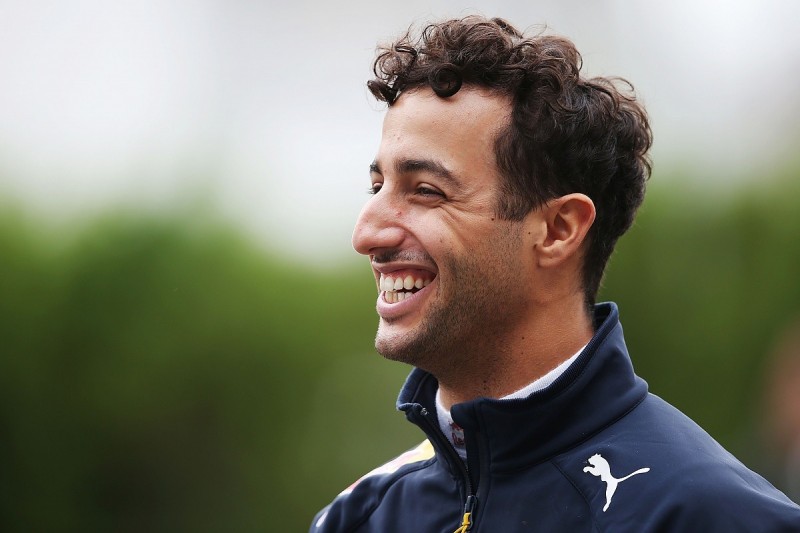 "If it's wet we can get really close to Mercedes.

"I remember in 2014 our race pace was really good, and at the time we were a bit quicker than Mercedes, and the deficit was bigger than it was now in terms of machinery."

Asked why the Red Bull is generally good in the wet, Ricciardo replied: "It doesn't seem like we have to work that hard to get good power in the wet.

"In the wet you still need a good car, good balance. Normally in the past if it rains it doesn't really matter what set-up we have in the car, we have pretty good grip.

"We probably just have a bigger window in the wet conditions, that's probably the obvious thing for me which stands out, we're not changing it too much."

Team-mate Verstappen was also confident Ferrari's Friday edge would be swiftly overturned whatever the weather.