Kimi Raikkonen now a better F1 driver than in 2009 - Ferrari

Kimi Raikkonen is returning to Ferrari a better driver than when he left at the end of 2009, reckons his new team boss Stefano Domenicali

Rather than be worried about Raikkonen's cool personality and lack of technical leadership that proved to be a contributing factor in him being dropped for 2010, Domenicali has said that things are different now.

And the team had been reassured about the progress Raikkonen had made on the technical front by its new chassis technical chief James Allison, who worked with the former world champion at Lotus.

"We worked with Kimi for three years from 2007 to 2009 and we never had a problem," Domenicali told the Ferrari website regarding doubts about Raikkonen's character.

"Sure, everyone has their own ways and you can't expect a Finn to start telling jokes in Italian or playing the clown.

"Honestly, I think the combination of Fernando's expressive and passionate Latin character and the cool style, to call it that, of someone like Kimi, seems to appeal to many, including the youngsters. And our partners are also in agreement with this.

"As for the technical side of things, not only do we know full well how much Kimi can contribute at an important time like this, when the technical framework is changing so significantly, but we also have first hand information from James Allison, as to how much the Finn has also progressed in this area over the past two years."

Ferrari's decision to put two world champions alongside each other for the first time in its modern era has already prompted questions about the political tensions it could cause.

Earlier this year, speaking about the possibility of Sebastian Vettel being drafted in alongside Fernando Alonso in the future, Ferrari president Luca di Montezemolo ruled out the team ever wanting 'two roosters in the same henhouse'.

Domenicali is calm about the matter though, insisting the team can handle the situation.

"I would only say that the combination of Fernando and Kimi is the best one could have today in Formula 1, in terms of talent, experience, competitive spirit and the ability to move car development forward," he said. 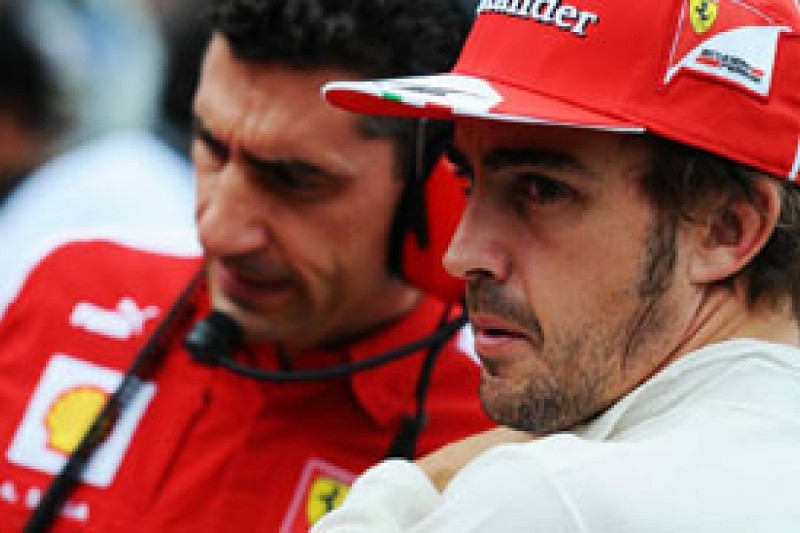 "As for the "poultry" question, it brings to mind football fans who are scared of rival teams because they have so many strong forwards and so they hope they will fight each other for the ball.

"For anyone thinking that the choice of Kimi is somehow an anti-Alonso choice, I can put their minds at rest.

"At Ferrari, everyone knows the interests of the team come first and only then those of the individual.

"Fernando is a key asset for this team and he will be for a long time.

"I'm sure he is the first to be happy with a choice made to strengthen the group, because he is too intelligent not to realise that a stronger team can only be an advantage."